DBA polls rescheduled, to be held on January 6 : The Tribune India 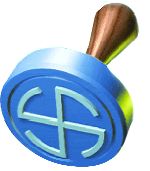 The Bar Council of Punjab and Haryana has rescheduled the annual elections of the District Bar Association (DBA) for January 6, 2023, which were scheduled to be held on December 16, in view of the undertaking given by it before the Supreme Court a few days ago.

The intimation in this regard has been sent to the DBA president, observers, returning officer and the three bar-member committee appointed for the finalisation of the valid voters’ list.

The Bar Council has made it clear that fresh nominations can be filed by new contenders. However, those 23-candidates, who filed nomination papers earlier need not file fresh papers. But they have been given an opportunity to withdraw nomination, if desired, till December 22.

For finalising the valid and proper voters’ list, a three-member bar committee appointed by the Bar Council, including Balbir Singh Virk, Rajneesh Gupta and Rajnish Mahajan, has been asked to take all necessary steps to ensure implementation of the 2015 rules in letter and in spirit and also follow the principle of ‘One vote one bar’. The Bar Council has asked city lawyers Sukhwinder Bhatia and Kuldeep Sood to volunteer and render their services for the finalisation of a proper voters’ list. These lawyers had taken the controversy erupted over the voters’ list to the Supreme Court.

All city lawyers have been directed to file fresh affidavits-cum-undertakings up to December 14. The same would be sent to the Bar Council by December 15 for preparing a photo electoral roll.

After accepting new nominations, if any, the final nomination list would be displayed on December 23. The election committee would hold debate of candidates on bar-related constructive issues, manifesto and progression of the Bar on January 3. Thereafter, all campaigning would be stopped.

No voter, whose name has featured in the voters’ list of any other Bar Association, regardless of whether he/she has voted in the Bar or not, shall be allowed to vote in the freshly scheduled elections of the DBA, Ludhiana.

The voting rights shall be confined to only those members, who were enrolled with the Bar Council of Punjab and Haryana. Any lawyer enrolled with any other State Bar Council will not be eligible to vote. The polling would be held on January 6 and members in queue could cast votes to ensure maximum participation till 5 pm. To meet the above mentioned schedule, the Bar Council would also depute adequate staff.