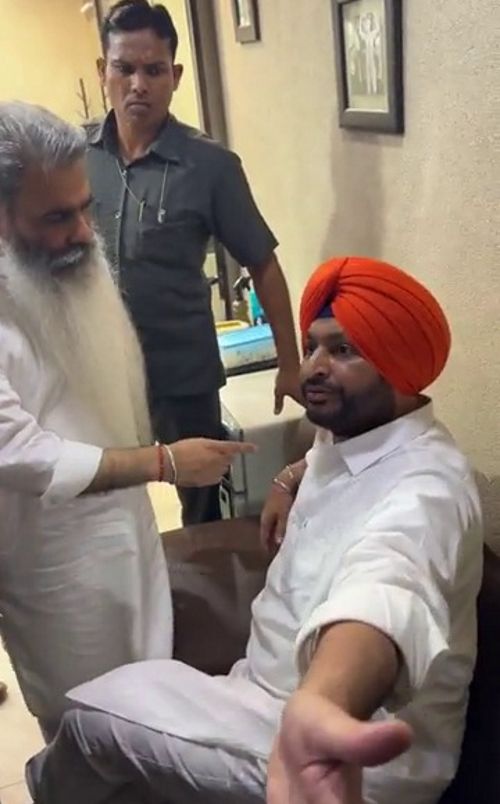 Despite over a week after the Vigilance Bureau (VB) officials had filed a complaint against the MP Ravneet Singh Bittu for allegedly ‘misbehaving’ with VB cops and terming them ‘chor’ (thieves), the Ludhiana Commissionerate is yet to register a case against Bittu. The incident occurred on August 22 at a saloon when VB cops had gone to arrest the former Congress minister Bharat Bhushan Ashu in transportation tenders scam.

Now, the dismissed DSP, Balwinder Singh Sekhon, has announced to go on hunger strike near the District Administration Complex if the police fail to book the MP.

“I will start hunger strike in a day or two. It will end only after the police register a case against MP Bittu,” Sekhon said.

Notably, Vigilance Bureau officials to whom MP Bittu had termed as ‘thieves’ had filed a complaint to the police commissioner Dr Kaustubh Sharma to seek the registration of FIR but till date no action was taken.

It is pertinent to mention that Sekhon has been holding protest at the court complex whenever Ashu was taken for hearing in transportation tenders scam.

As per sources, VB officials were called by the Ludhiana police for recording their statement but they could not visit due to their engagement in the ongoing probe into tenders scam.