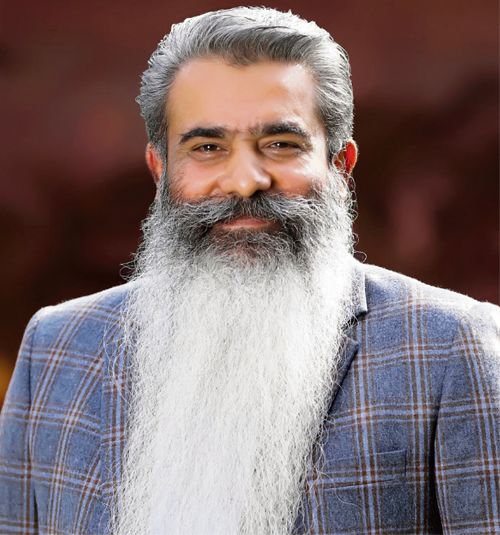 The two-time Congress MLA is not only facing stiff opposition from rival political parties but also two of his close aides have also turned rivals and are in the poll fray against him this time. 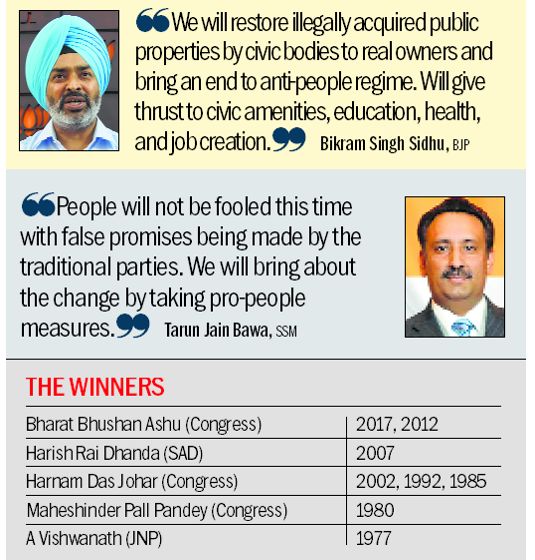 While Gogi, a four-time sitting municipal councillor from ward 76 falling under this segment and former district urban president of the Congress, and Bawa, a leading industrialist, were both close aides of Ashu before quitting the ruling party recently and joining the AAP and the SSM, respectively, SAD’s Grewal was a former MLA from the seat and the BJP has replaced Kamal Chatly, who had finished third in 2017, with a first-timer Sidhu.

Ashu (50), who had won two consecutive elections in 2012 and 2017, said the completion of ongoing development projects, including the Buddha Nullah rejuvenation, implementation of yet-to-be-launched planned works, and more thrust on environment, education, health, infrastructure, and public delivery system were his main poll planks this time. He sees no difference to his electoral battle with the entry of new parties and candidates into the fray this time.

Gogi (51), who has replaced AAP’s Ahbaab Singh Grewal, the runner-up in the 2017 elections, said he was forced to quit the Congress after serving for over 22 years after the party became “a private limited company”, where he alleged there was “no say” of loyalists like him. Having also served as the PSIEC Chairman during Capt Amarinder Singh’s regime, he was seeking votes on the promise of better education, health, civic amenities, permanent solution to traffic congestion and proper implementation of the Smart City project.

Grewal (71), who had represented the seat in 1997 by defeating the then Congress heavyweight, Harnam Das Johar, and had remained the Cabinet Minister in the Parkash Singh Badal Cabinet, said there was a strong resentment among the public against the sitting MLA. Questioning Ashu’s claims of spending Rs 1,500-crore on the development of the segment, Grewal, who had also unsuccessfully contested his second Assembly elections from Payal in 2007 and maiden Lok Sabha polls from Ludhiana in 2019, said health, education, infrastructure, and employment generation were his main poll promises.

Sidhu (50), who had joined the BJP in 2020 and was contesting his maiden elections, said better provision of basic civic amenities, health, education, employment and crackdown on drug menace, mining and land mafia were top on his priorities. He said rampant corruption, lack of development, traffic and parking problems were the main issues in the area.

Bawa (49), who runs textile mills, promises to make Punjab a power surplus state, if the SSM was voted to power. He was also seeking votes for bringing about a change and ensuring overall welfare and development of all sections of society.

Ashu had defeated BJP’s Rajinder Bhandari in 2012 while Harish Rai Dhanda and Maheshinder Singh Grewal of the SAD had represented the seat in 2002 and 1997, respectively. Congress nominees Harnam Das Johar (2002, 1992 and 1985) and Joginder Pall Pandey (1980) had won from here thrice and once, respectively, while JNP’s A Vishwanath had emerged victorious from Ludhiana West during this seat’s maiden election held in 1977.