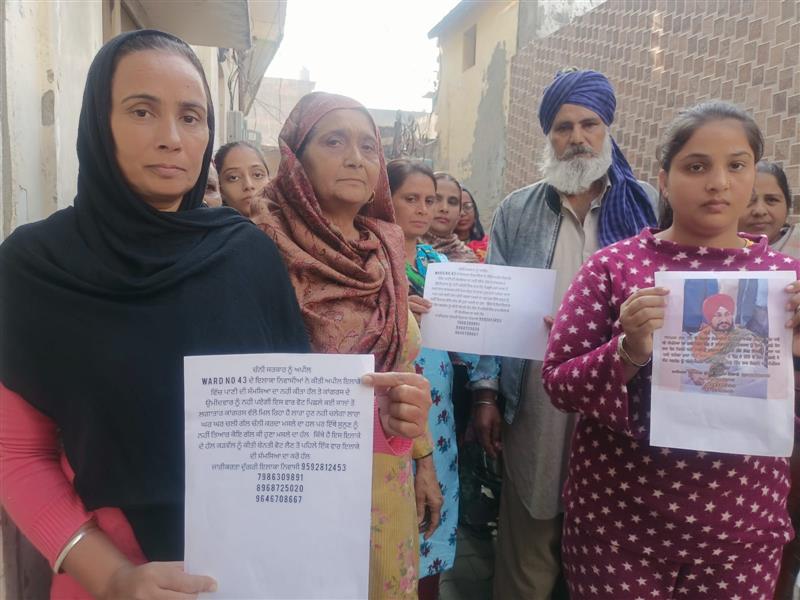 Infuriated over erratic water supply in a street of Dugri village under Ward 43, residents announced to boycott Congress candidate in the upcoming elections if the issue is not resolved. The residents staged a protest over the water supply issue in the area.

A resident, Jaswinder Kaur, said they have been facing water supply problem for a long period. “Whenever we complain, just a formality is done. Water is supplied properly for a few days. The problem occurs again. Even with using a ‘tullu’ pump, we are unable to get proper water supply,” she said.

She said the water problem was never solved but the unnecessary work of installing interlocking tiles was done in the area. “Our street was in a good condition but still interlocking tiles were installed there. But, our actual problem of the water supply has not been resolved despite repeated complaints,” she added.

The residents had staged a protest in the past too but the complaints to the civic body are still falling on deaf ears. The residents said the situation turns worse during summers every year. They also questioned that if CM Charanjit Singh Channi is resolving the issues being faced by people, why the water supply issue in their area has not been resolved. They also requested a Congress leader, Kamaljit Singh Karwal, to get their issue resolved.