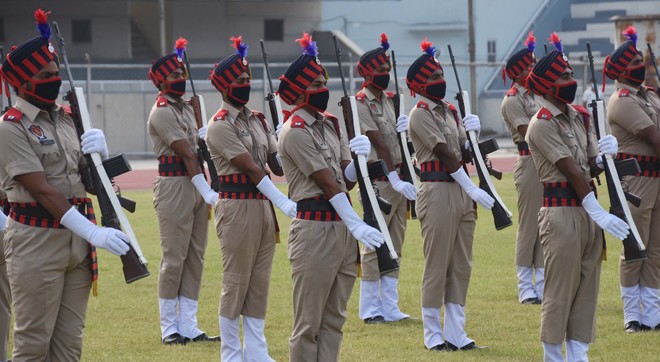 The final and full-dress rehearsal for the celebrations was held at Guru Nanak Stadium today. Deputy Commissioner Varinder Kumar Sharma and Commissioner of Police Rakesh Kumar Agrawal inspected the full-dress rehearsal. Sharma said in view of the Covid-19 pandemic and the government directions, no cultural or PT show would be held on the occasion. He appealed to residents to celebrate the Independence Day as national festival. The function would be broadcast live on the official Facebook page of the district PRO http://www.facebook.com/dproludhianapage/.