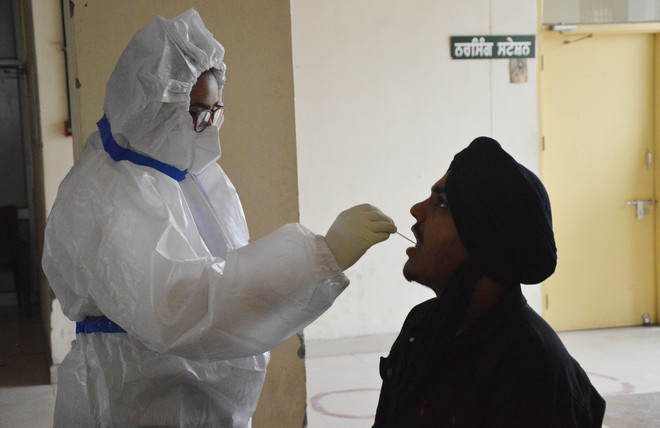 Thirtyfive persons tested positive for Covid while three from the district lost their lives to the virus today.

Now, the total number of confirmed cases from Ludhiana district are 25,239 while the death toll has reached 980.

Those who lost their lives today include a 76-year-old man from Focal Point, who was admitted to SPS Hospital. He was suffering from hypertension, diabetes and coronary artery disease. Another person who lost his life to the virus was a 71-year-old man from Mor Karima village who was brought dead to Fortis Hospital. He was also a patient of coronary artery disease. A 34-year-old man also lost his life today. He was a resident of the Tajpur Road area and had a comorbidity of a chronic liver disease. He was admitted to the Dayanand Medical College and Hospital.

Today, five patients were on ventilator support which include three from Ludhiana district and two from other districts.

Today, 1,994 samples of suspected patients were sent for testing and their results are expected shortly.

What has come as a good news is that over 30,000 doctors and healthcare workers will be administered Covid-19 vaccine from January 16 to 18 in Ludhiana district.

The vaccine would not be available off the shelf for the time being and only people who have got themselves registered on the government portal would be covered under it.

On registration, beneficiaries would receive an SMS informing the date and place where the vaccine would be administered to them.