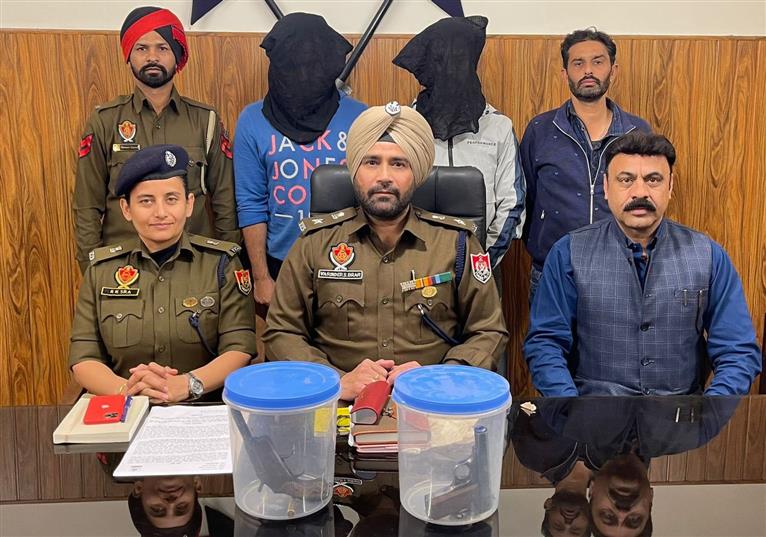 The suspects in police custody in Ludhiana on Friday. Tribune photo

The crime branch wing of the city police yesterday arrested two persons and seized illegal weapons from their possession in separate incidents.

Brar said the police arrested a man, Mukul, alias Rahul Mattu (25), a resident of Fatehgarh mohalla, and seized a .315 bore pistol along with one live cartridge. The suspect was working with the Municipal Corporation, Ludhiana, on a contractual basis.

The DCP said Mukul had a criminal background as three cases, including attempt to murder, was registered against him in the past and he was out on bail in these cases.

The ADCP said the police nabbed Kashish Adya, alias Kannu (23), of Kohinoor Park, Ferozepur road, and seized a .32 bore pistol with four live cartridges from his possession. The police said a tip-off was received that he was possessing an illegal weapon and he might commit some major crime with the help of the weapon. Accordingly, the police laid a trap and nabbed him along with the illegal weapon.

During a probe into the case, it came to the fore that the suspect also had a criminal past as two cases under the Arms Act were already registered against him in the past and he was out on bail, Sran added.

Now, police remand of the accused would be sought from court for further interrogation.