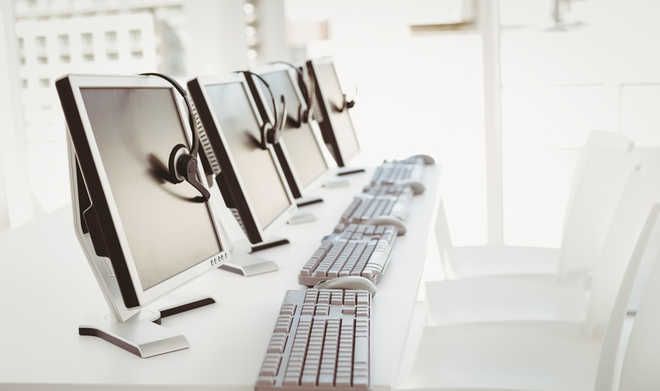 Computerisation was the new mantra in the India of the 1990s, and as with all mantras, it was being perceived and received with a mixture of excitement, anxiety, distrust, indifference, and even cynicism, depending largely on the age bracket one belonged to. The younger lot saw in the advent of computers promise and progress. The older lot, especially those over 50, viewed these contraptions, at best, as intrusive irritants, and at worst, as avoidable fads. I remember an elderly colleague of mine sneering at the new Pentium Computer that was being set up in his office. He was complaining why ‘this thing’ was being foisted on his desk when he had not even asked for it! I would often notice him giving a look of disgust every now and then. While he remained in the office, he ensured that he had nothing to do with it. It was his young secretary who would be using it. My colleague once refused to ‘hand over’ his ‘passport’ when all he was being asked for was the screen ‘password’, much to the amusement, or possibly exasperation of the computer technician who had come to address an issue with his computer. This exemplified the attitude of most of the ‘baby boomers’.

It was in 1998 that I started working on a computer. I had just turned 40. While initially, I did not take to it like fish to water, I slowly started gaining in both comfort and confidence. The path to that stage was littered with ‘misadventures’. There were occasions when I would have typed out a big document, deferred saving it for a little later, only to find the whole document disappear into nowhere, when the power would go off, leaving me holding my head in my hands. Wisdom dawned, but only after a few such instances. My midlife crisis of the new millennium was accentuated by the advent of the ‘new kid on the technological block’, the mobile phone. I still remember the sturdy Nokia 3310, for most times nestling in my trouser pockets, making me jump every time it would ring, or announce a notification. I don’t think I was a picture of savoir faire with that phone, but as with the computer earlier, I learnt to cope. The transition to the iPhone had some bumpy rides in between, and although not exactly fitting into the technological savvy category, I would like to believe that I can use most of its features now.

Nurtured and nourished by the trappings of an earlier generation, goaded largely by necessity, and maybe in a small part by interest too, to be ‘in’ the technological march led by the millennials of the day, I find that people like me are the ‘in-betweens’, who on the one hand continue doing at least some things the ‘old’ way, and on the other, constantly strive, even if tottering often in the process, to keep pace with the advancements in technology.