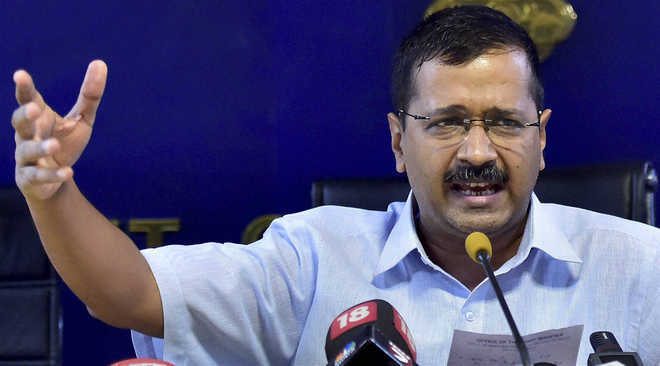 Citing a CAG report which said the Delhi government was running in profit, Chief Minister Arvind Kejriwal on Wednesday said the numbers were the "biggest proof of its honesty".

AAP's honesty has robbed the opponents of their sleep, he said.

The Comptroller and Auditor General (CAG) report tabled in the Assembly on Tuesday said the Delhi government had had a revenue surplus from 2015-16 to 2019-20.

It, however, mentioned that the Delhi government was able to maintain the revenue surplus largely because the pension liabilities of its employees were being borne by the central government and Delhi Police’s expenditure was borne by the Union Ministry of Home Affairs.

“This is the CAG report. It says the Delhi government is running in profit since AAP came to power. This is the biggest proof of honesty of AAP. This honesty has robbed our opponents of their sleep,” Kejriwal tweeted in Hindi.

The revenue surplus of Delhi government in 2019-20 was Rs 7,499 crore, indicating that its revenue receipts were sufficient to meet the revenue expenditure, the report said.

The CAG report, 2021, on state finances for the year ended March 2020 was presented in the Assembly session by Deputy Chief Minister Manish Sisodia.

The audit report on state finances provides an analytical review of the annual accounts of the Government of the National Capital Territory of Delhi and functioning of the Public Sector Undertakings for the year ended March 31, 2020.