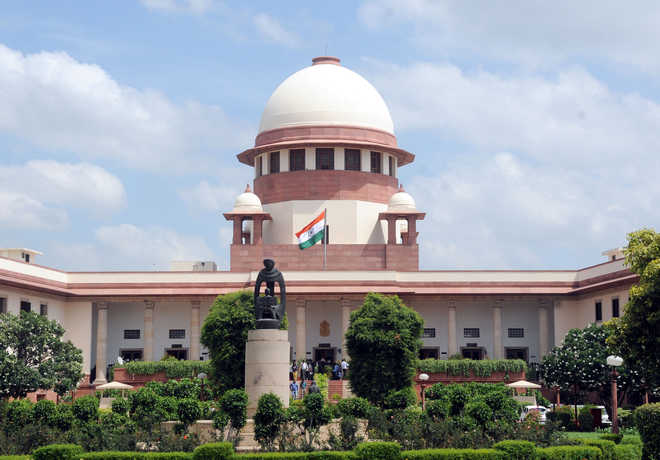 The PIL demanded financial aid to those migrant workers in Gulf countries who lost their jobs due to outbreak of COVID-19. Tribune file

Alleging that over nine million Indians working in Gulf region were being denied COVID-19 testing and treatment in their host countries, a PIL filed in the Supreme Court on Friday sought directions to the Centre to evacuate them.

Filed by Pravasi Legal Cell, the PIL urged the top court to direct the Centre to make necessary arrangements to bring them back home as they were living in vulnerable condition.

The PIL comes days after India evacuated around 600 of the total 850 Indian Shia pilgrims from Iran where they had got stranded due to COVID19. Around 250 of them who had tested positive for Corona virus were not airlifted.

The petition pointed out that India brought back her citizens from other countries but didn't make any effort to evacuate the stranded Indians from gulf region.

As the host countries wanted to take care of their citizens first, the Indian migrant workers were not being given treatment even after many of them tested positive for COVID19, the PIL alleged.

"The migrant workers in the Gulf countries are being denied treatment in hospitals even after testing positive for COVID-19 and are told to stay back in their house or camp itself. This is because the number of patients who are getting infected is going up, there is a shortage of beds in government hospitals," the PIL read.

In the absence of testing and treatment facilities, there was a high risk of COVID-19 transmission among migrant Indian workers as they lived in cramped conditions, it said, adding that their condition was worsening day by day

The PIL demanded financial aid to those migrant workers in Gulf countries who lost their jobs due to outbreak of COVID-19.

Maintaining that the government was under constitutional obligation to protect these Indian migrant workers in this extraordinary time "which has threatened the very existence of the human race," the PIL sought directions to the Centre to ensure that adequate food, medicines, quarantine and emergency service facilities were made available to them.

Meanwhile, senior advocate Vibha Datta Makhija and advocate Kashish Aneja on Friday filed a separate PIL seeking a direction to the Centre to arrange special flights to airlift Indian citizens stranded in the US.

While appreciating the government's decision to impose a nationwide lockdown to prevent the spread of COVID19, they said a blanket ban on international flights has put the Indian citizens in the US in great difficulty.