Congress leader accuses RSS of capturing country’s institutions, says even if we beat BJP in election, we are not going to get rid of their people in the institutional structure 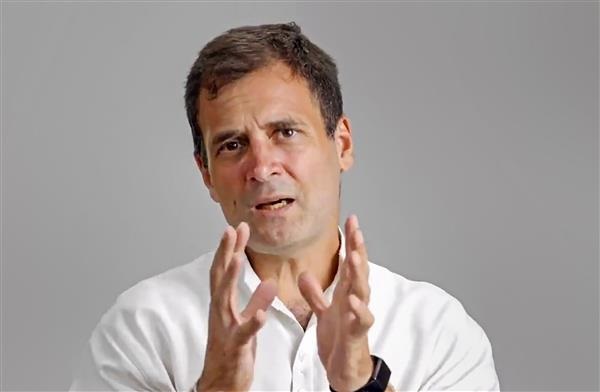 Congress leader Rahul Gandhi on Tuesday said the Emergency imposed by late Prime Minister Indira Gandhi was a mistake but was “fundamentally different from the present day scenario as the Congress did not attempt to capture the country’s institutional framework.”

In a conversation with former chief economic adviser Kaushik Basu, currently professor at the Cornell University, Gandhi said was for “all for” internal democracy in the Congress which had fought for India's independence and given the nation the Constitution.

Gandhi however later said there was a fundamental difference between what happened during the Emergency and what is happening now.

"The Congress at no point attempted to capture India's institutional framework and frankly, the Congress party does not even have that capability. Our design does not allow us that and even if we want, we cannot do it," Gandhi said accusing the RSS of “filling up the institutions of India with its people.”

Gandhi said the infiltration of the institutions by the RSS was such that “even if the Congress defeated the BJP in elections, it would not be able to get rid of the people entrenched in institutions.”

Indira Gandhi had imposed the Emergency between 1975 and 1977 for 21 months suspending all fundamental rights of people.

Amid the ongoing friction in the Congress with members of the G-23 group demanding changes, Gandhi said “I am the one who pushed for elections at Youth Congress and NSUI levels but was criticized by our own people.”

The former Congress chief in a virtual interaction also wondered why no one asked the BJP about internal democracy or the BSP and SP.

“Congress is ideologically driven and so it is more important for us to be democratic…The Congress also has to be humble and that is not an easy transition. We have to fight the arrogance of BJP with humility and flexibility. After 2014 we are not fighting for power but fighting a battle for India,” Gandhi said.