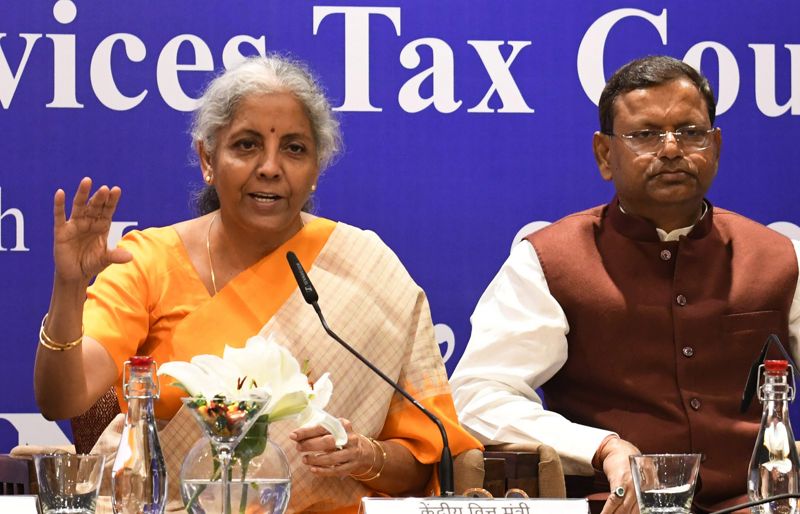 Already reeling under high inflation, the common man is likely to suffer more with the GST Council deciding to increase rates on some products and services, besides bringing more items under its ambit. The revised rates will come into effect from July 18.

Any increase in GST rates under the rationalisation exercise is intended to make up for the ‘inefficiencies’ in the value chain. N Sitharaman

The decision was taken at the 47th GST Council meet chaired by Union Finance Minister Nirmala Sitharaman in the city. There was no opposition to the tweaking of rates, Sitharaman said at a press briefing, when asked if the move would further burden the common man. 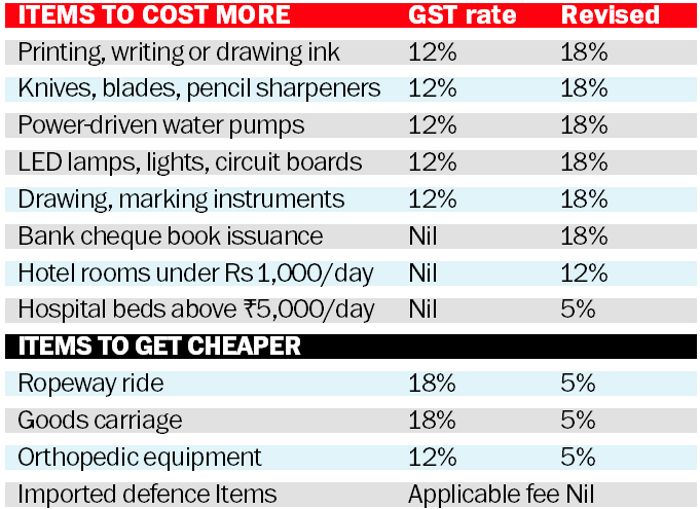 The council accepted the recommendation to bring packed food items under its ambit. “Hitherto, GST was exempted on specified food items like grain when not branded. It has been recommended to revise the scope of exemption to exclude from it pre-packaged and pre-labelled retail packs, including that of curd, lassi and butter milk,” the council said in a statement.

The prices of LED lights and lamps and fixtures are set to rise as the council recommended a correction in the inverted duty structure from 12 per cent to 18 per cent.

The hospital room rent, excluding that of the ICU, exceeding Rs 5,000 per day shall be taxed to the extent of amount charged for the room at 5 per cent without input tax credit. Further, 18 per cent GST will be levied on fee charged by banks for the issuance of cheques. Hotel rooms under Rs 1,000 per day, exempted till now, will attract 12% GST. Meanwhile, certain products and services are going to be cheaper. For example, the carriage of goods is likely to be cheaper after some relief was given to the transport sector slashing GST on ropeways, renting of carriage, including fuel cost and exempting the foreign component of the tour package from GST.

The council has waived the compulsory registration norm for small businesses with annual turnover up to Rs 40 lakh and Rs 20 lakh for goods and services, respectively, using e-commerce platforms to sell products and allowing them to opt for a composite scheme. The move will benefit about 1.2 lakh small taxpayers. Currently, businesses selling through e-commerce cannot avail the composition scheme.

Meanwhile, the council deferred decision the to levy a 28% tax on casinos, online gaming, horse racing and lottery, pending more consultations with stakeholders, Sitharaman said. At least 16 states sought extending by a few years the compensation paid for revenue lost due to the GST regime.