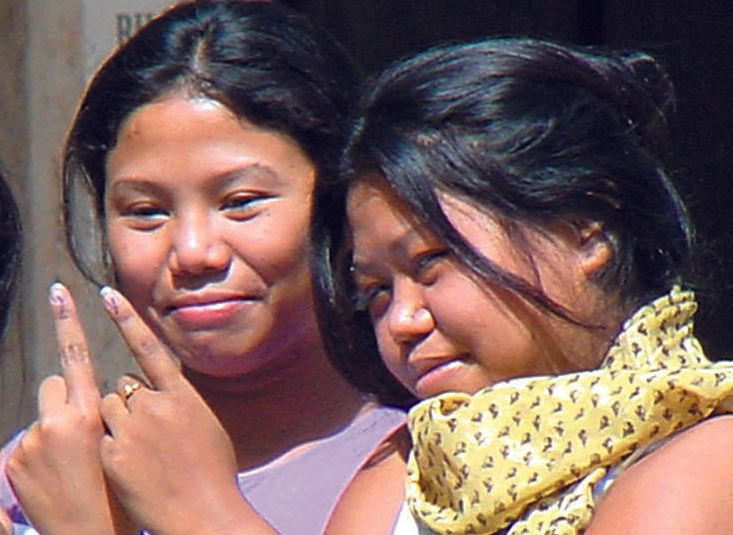 The government has informed a parliamentary panel that it was working on fixing four cut-off dates every year for people to enrol as voters by amending the electoral law and has contended that the move would eventually pave the way for a common list of voters for the Lok Sabha, Assembly and local body (both urban and rural) polls.

Arguing in favour of the move, the government contended that multiple dates in a year for enrolments in electoral rolls would also make more youngsters eligible to participate in the election process.

The Election Commission of India (ECI) had been pushing for multiple cut-off dates to allow more eligible people to register as voters. Currently, for an election to be held in a particular year, only an individual who has attained the age of 18 years as on January 1 of that year or before is considered eligible to get enrolled as a voter.

The ECI had told the government that the January 1 cut-off date set for the purpose deprived several youngsters from participating in the electoral exercise held in a particular year and they had to inordinately wait for the next year. The Ministry of Law & Justice has told the department-related Standing Committee headed by Bharatiya Janata Party leader Sushil Kumar Modi said it had proposed to amend Section 14(b) of the Representation of the People Act “to insert four qualifying dates (or cut-off dates)—January 1, April 1, July 1 and October 1 of every year”.

It said a comprehensive draft Cabinet note “containing this proposal (of four qualifying dates) as well as a few other important electoral reform proposals taken up by the Election Commission is under preparation”. The committee had on Friday tabled its 109th report on “Action Taken on 107th report of the Committee on Demands for Grants (2021-22), pertaining to the Ministry of Law and Justice”.

The parliamentary panel has also referred to its earlier observation where it had reiterated its recommendation for the implementation of a common electoral roll in the country and desired that “all-out efforts” should be made in this regard.

The committee also observed that multiple qualifying dates will encourage the states to use common electoral rolls “so as to avoid preparation of separate voters’ list, which causes duplication of the task between two different agencies and unnecessary expenditure”. The respective state election commissions (SECs) hold the local body (both urban and rural) elections in the states. The SECs are separate bodies and are not part or linked to the ECI.

The legislative department in the law ministry is the nodal agency to deal with issues related to the Election Commission of India.

Another model found hanging in Kolkata; second such incident in 3 days

Mother claims that Manjusha Niyogi was suffering from acute ...

The 16-year-old from Chennai fought back to win the second s...