He also termed the Gupkar alliance as a symbol of ‘self-interest, scam and separatism’ 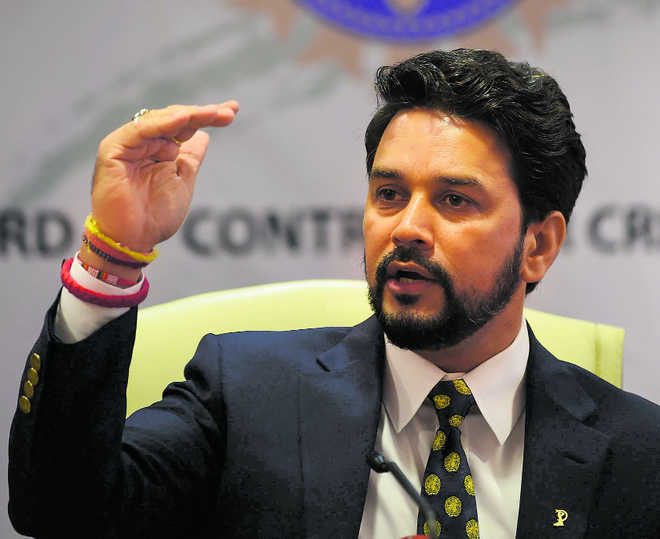 Union minister Anurag Thakur on Tuesday called the Roshni land scheme the “biggest land scam of India”, and questioned NC leader Farooq Abdullah and others as to what necessitated them to ‘grab’ government lands even after ruling Jammu and Kashmir for three generations.

He also termed the Gupkar alliance as a symbol of “self-interest, scam and separatism”.

Former J&K chief ministers Farooq Abdullah and Omar Abdullah have been named by the Jammu and Kashmir administration in a list which alleges that their residential house in Jammu is built over illegally-possessed land, a charge denied by the father-son duo.

The administration of the Union territory as directed by the Jammu and Kashmir High Court to make public land given under the controversial Roshni land scheme, since scrapped by a court, came out with the list of beneficiaries.

On Tuesday, it came out with a list of those who had allegedly encroached land other than those given under the scheme.

“The Roshni scheme is the biggest land scam of India,” Thakur said.

“They (Farooq Abdullah and others) should explain to the people of India as to why they grabbed state lands and made laws to legalise occupancy while they served the state for three generations,” he told reporters here.

“The National Conference (NC) leaders have encroached upon government lands. The party’s Srinagar and Jammu offices came to them under the same scheme,” Thakur said.

The Minister of State for Finance and Corporate Affairs also alleged that 3.42 lakh kanal of government land, including forest and state land, has been encroached during the last three decades.

“The Roshni scheme was brought in 2001 to raise Rs 25,000 crore to light up Jammu and Kashmir by investing the amount in power projects. But only Rs 76 crore was realised in the revenue records,” he said.

Lambasting the Gupkar alliance, Thakur said it benefited the corrupt political class by lighting up their houses instead of those of poor and landless people of the state.

Mainstream political parties in Jammu and Kashmir had formed the People’s Alliance for Gupkar Declaration for restoration of the special status of the erstwhile state of Jammu and Kashmir as it existed before August 5 last year and also to initiate a dialogue between all stakeholders in the issue. PTI