'There comes a time when actions must speak louder than words', says former Minister Tewari 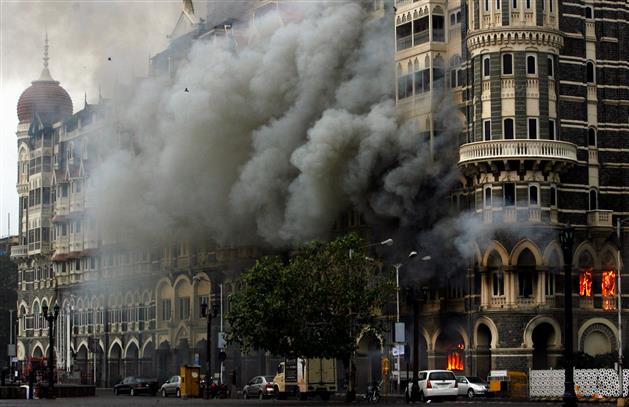 Tewari, who was information and broadcasting minister during the Congress-led UPA Government, in a book to be launched on December 1, said of Indian response to 26/11 attacks: “there comes a time when actions must speak louder than words.”

“For a state that has no compunction in brutally slaughtering hundreds of innocent people restraint is not a sign of strength but it is perceived as a symbol of weakness. There comes a time when actions must speak louder than words. 26/11 was one such time when it just should’ve been done. It is therefore my considered opinion that India should have auctioned a kinetic response in the days following India’s 9/11,” Tewari writes in the book “10 Flashpoints: 20 Years”.

The BJP was quick to lash at the Congress, with the party’s IT head Amit Malviya saying that Congress Party’s muddled thinking made India weak.

“After Salman Khurshid, another Congress leader throws UPA under the bus to sell his book. Manish Tewari in his new book slams the UPA for weakness in the name of restrain post 26/11. Air Chief Marshal Fali Major is already on record saying IAF was ready to strike but UPA froze,” Malviya said.

The Congress for its part evaded queries on Tewari’s book. Party spokesperson Pawan Khera said he would respond after reading the book.

“I haven’t read the book and can’t do a post-mortem without reading it,” said Khera. He added that more important than the book and its contents is how strongly people are enduring their daily challenges caused by rising prices of essential commodities.

“We will not deflect from key issues concerning people. It is our duty to raise the concerns of people. We won’t deflect no matter how much the BJP wants us to deflect,” said Khera.

He added that every leader had a right to say what they wanted to say.

“Of course, national security is a major issue. China is aggressive against India from all quarters. They are building villages inside the Indian territory. Indian security is a major issue. Foreign policy has faltered. Our old friends are no more our friends. India has no intervention in Afghanistan. It’s not a small thing,” said the Congress, adding that individual comments did not amount to anti-party comments.

I thank all my Self appointed Publicists especially @BJP4India for giving one para of my yet to be released book kind of saturation space,albeit un - contextualised.I wonder how these headless chickens will catch their own tails when the book is released & shoe is on other foot🤪