Move to stifle any semblance of independent media: Congress on Adani's NDTV stake : The Tribune India

Move to stifle any semblance of independent media: Congress on Adani's NDTV stake

Adani has launched a hostile takeover of NDTV, first with an indirect acquisition of a 29.18 per cent stake in the broadcaster followed by an offer to buy out a further 26 per cent controlling stake 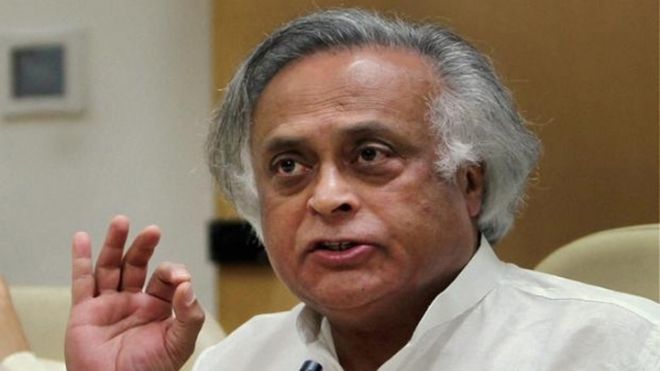 With billionaire Gautam Adani launching a hostile takeover of NDTV, the Congress on Wednesday alleged that the bid by a company owned by Prime Minister Narendra Modi's “khaas dost” (special friend) is a brazen move to control and stifle any semblance of an independent media.

In a stunning move with the potential to change the media landscape, Adani launched a hostile takeover of NDTV, first with an indirect acquisition of a 29.18 per cent stake in the broadcaster followed by an offer to buy out a further 26 per cent controlling stake.

The owners of New Delhi Television Ltd (NDTV), one of the nation's most popular news channels, said they were completely unaware of the takeover until Tuesday, and that it was done without their consent or any discussion.

In reference to the development, Congress general secretary Jairam Ramesh tweeted, “The news of a deeply over-leveraged company owned by the PM's 'khaas dost' making a hostile takeover bid of a well-known TV news network is nothing but concentration of economic and political power, and a brazen move to control and stifle any semblance of an independent media.”

"What's mysterious is how a loan given by one of the 'Humare Do' is used as a weapon by the other member of the duo to trigger the hostile takeover of the television network. Ironical, that an outfit called 'Vishvapradhan' is closely involved!" Ramesh said in another tweet.

An Adani Group firm first acquired a company that in the past was linked to rival billionaire Mukesh Ambani. The particular company had loaned Rs 250 crore to NDTV in 2008-09 and the Adani group firm now exercised the option to convert that debt into a 29.18 per cent stake in the news channel company.

Subsequently, it has launched an open offer for another 26 per cent stake, the group said in a statement.

"AMVL's wholly-owned subsidiary Vishvapradhan Commercial Pvt Ltd (VCPL) holds warrants of RRPR Holding Pvt Ltd (RRPR) entitling it to convert them into a 99.9 per cent stake in RRPR. VCPL has exercised warrants to acquire 99.5 per cent in RRPR," it said.

Such acquisition will result in VCPL acquiring control of RRPR.

"RRPR is a promoter group company of NDTV and holds a 29.18 per cent stake in NDTV," the statement said.

In a statement, NDTV said the exercise of the right by VCPL was executed without any input of the company or its founders.

"Without any discussion with NDTV or its founder-promoters, a notice has been served upon them by Vishvapradhan Commercial Private Limited (VCPL), stating that it (VCPL) has exercised its rights to acquire 99.5 per cent control of RRPR Holding Private Limited (RRPRH), the promoter-owned Company that owns 29.18 per cent of NDTV," it said.

Reacting to the development, Rajya Sabha MP Kapil Sibal said on Twitter, "NDTV -Adani to acquire 29%. Makes open offer for 26%. Almost the last bastion of Independent journalism being taken over by industry. We should be worried!"