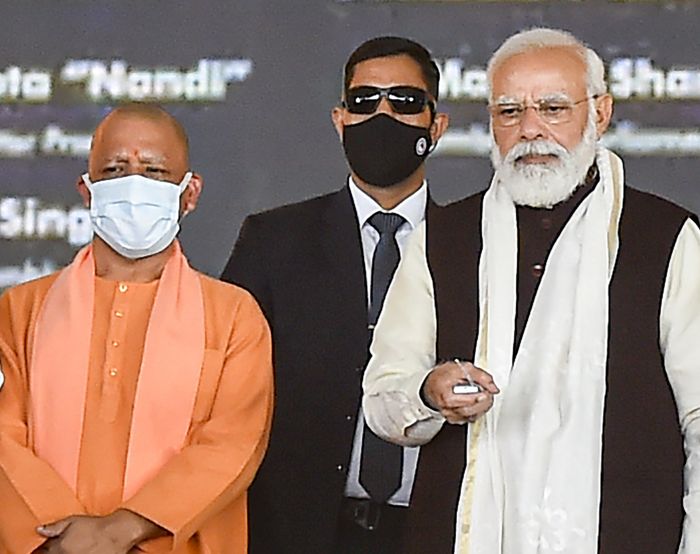 Prime Minister Narendra Modi today laid the foundation stone of Noida International Airport (NIA) at Jewar in Uttar Pradesh and highlighted the development activities in the poll-bound state. He said the airport, slated to be completed by 2024, would become the logistics gateway for North India. He asserted that infrastructure was “not politics for us but part of national policy”.

The much-awaited project, pegged to be Asia’s largest, was flagged off weeks before the announcement of the UP Assembly elections. The ambitious project has been showcased as one of the major infrastructure projects of the country, which will help create over 1 lakh jobs. The project will be executed by Zurich Airport International AG. PM Modi said, “For the first time after Independence, the double-engine government is giving Uttar Pradesh its due. Earlier, UP would be criticised for bad roads, poor infrastructure, mafia, etc. The previous governments kept UP poor. Today, the state is making its mark on the global stage.”

The PM said that BJP government ensured timely execution of projects. “Earlier projects would be announced, but nothing would happen on the ground. Costs would escalate and blame games used to be the order of the day. Our government ensured that projects are finished on time,” he said.