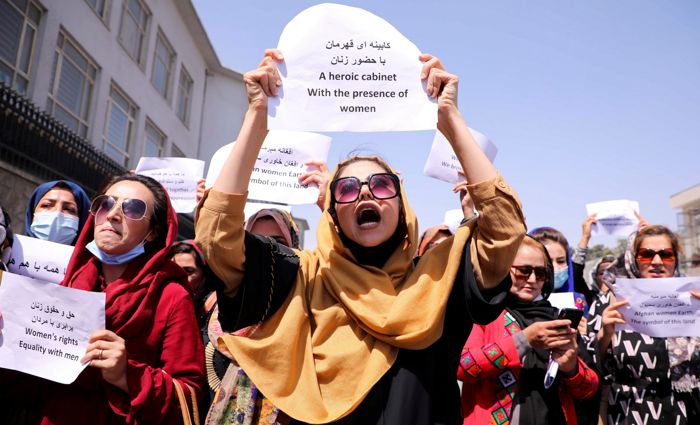 Taliban sources said the Islamist militia had on Friday seized the Panjshir valley, the last part of Afghanistan holding out against it. It was not immediately possible to confirm the reports.

Former Vice-President Amrullah Saleh, one of the leaders of the opposition forces known as Resistance-2, denied the reports in a video clip. “There is no doubt we are in a difficult situation. We are under invasion by the Taliban... We have held the ground, we have resisted,” he said. Earlier in the day, the Taliban began an economic blockade of Panjshir valley amid sporadic clashes with the National Resistance Front even as formation of a Central government in Kabul entered the final stages.

One of the main entrance routes to Panjshir was blocked with containers and only locals of the neighbouring district were permitted movement, said Amrullah Saleh, one of the resistance leaders. However, there are many mountain trails that have been used by late Ahmad Shah Masoud’s guerrillas in the past to expand resistance to neighbouring districts.

have blocked humanitarian access to the valley and were using military age Tajik civilians as mine clearance tools. For the second day, both sides claimed heavy casualties without credible authentication but the indication was of sporadic clashes as the Taliban made probing attempts into a gorge bounded by steep mountains.

A Taliban spokesmen Suhail Shaheen was quoted as saying that the group would raise its demand for Muslims in Kashmir and seek their equal treatment under India’s laws. But men higher to him in hierarchy, Sher Mohammed Stanikzai and Anas Haqqani, have spoken of an amicable relationship with India with the latter specifically stating that “Kashmir is not part of our jurisdiction and interference is against the policy”.

With the Rehbar Shura (Leadership Council) ending three-days of discussions in the Taliban spiritual heartland Kandahar, there is “no doubt” about Haibutullah Akhundzada as the leader of the government, said Taliban leader Anamullah Samangani.

The local media is suggesting Akhundzada will be the spiritual head and President and his deputy Mullah Baradar will be the head of government as PM. There have been no public discussions on this aspect or on the country’s name and national flag. The Taliban has already unilaterally appointed governors, police chiefs and police commanders for provinces and districts. — TNS/Reuters