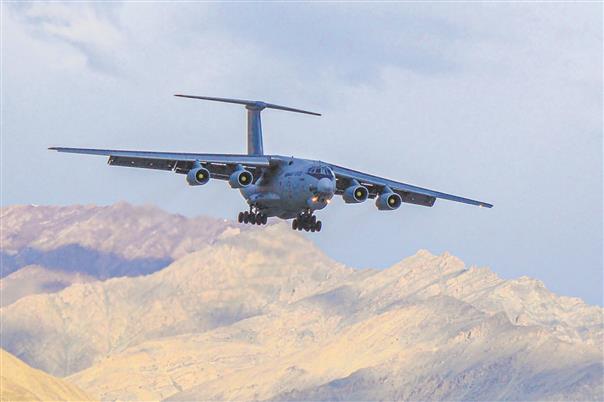 The Indian Army will depute middle-level officers for the physical verification of the first step of the three-stage process to disengage and de-escalate. As decided, a 3-km buffer zone between the two armies has been created at the Galwan valley, that is Patrolling Point (PP)-14, said sources. The creation of buffer zones at PP-15 (south-east of Galwan valley) and PP-17A (Gogra) has been in line with the agreement arrived at successive meetings of Lt General-rank officers in June.

At Pangong Tso, the People’s Liberation Army (PLA) has pulled back its boats that were stationed in the lake, just east of Finger-4. The PLA troops on the ridgeline of Finger-4, however, haven’t budged. Sources said the first stage of disengagement had decided on a graded withdrawal and PLA troops were expected to vacate the ridgeline. India claims the LAC till Finger-8, which is some 6-8 km east of Finger-4.

Eight mountainous spurs of the Chang Chenmo range end at the north bank of the Pangong lake. Each spur or ridgeline is identified as “finger” in military parlance and each ridgeline is separated by 2-5 km. The disengagement of troops had kicked off on Monday.

Defence Minister Rajnath Singh on Friday carried out a comprehensive review of the situation in eastern Ladakh. The meet was attended by the Chief of Defence Staff and three service chiefs. The minister was also apprised of the readiness of the Army in Arunachal and Sikkim.

Disputed Finger 4-8 to come up in talks

The next round of meetings by Lt Gen-rank commanders will finalise modalities for deinduction of troops and equipment by both sides along the LAC.

The issue of Indian troops patrolling the disputed areas between Finger-4 and Finger-8 will be taken up.