On Tuesday, Rawat had said, 'Ripped jeans pave the way for societal breakdown and is a bad example for children' 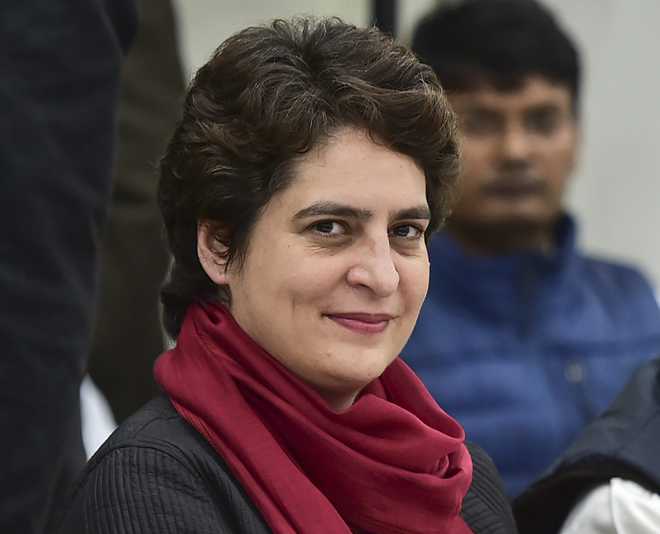 Congress General Secretary Priyanka Gandhi Vadra on Thursday took a dig at BJP leaders over the 'ripped jeans' controversy, tweeting pictures of various saffron party leaders in 'khaki' half pants with the caption: "Oh my God!!! Their knees are showing."

Uttarakhand Chief Minister Tirath Singh Rawat had stirred a controversy on Tuesday when he said that due to a lack of values, young people, including women, follow strange fashion trends these days by wearing jeans ripped at the knees.

Congress leader Alka Lamba also attacked the BJP over the remarks, alleging that many leaders have made similar comments against women in the past, and the country is angry as the latest remarks have come from a Chief Minister.

"The Congress strongly condemns this kind of thinking towards women. We demand that Prime Minister Narendra Modi should ask the Uttarakhand Chief Minister to apologise immediately," she said.

Lamba also warned that if Rawat didn't apologise, the BJP will have to replace him as the women of the country will launch an agitation and expose the BJP leaders and their mindset.

"The Congress feels that the women of the country have complete freedom to eat, wear or speak whatever they want according to the Constitution. They will not tolerate any such remarks," she said.

On Tuesday, Rawat had said, "Showing bare knees by wearing ripped jeans just to look like rich kids is the value given now which is just a race towards westernisation when the western world today are following us. Ripped jeans pave the way for societal breakdown and is a bad example for children."

He had also said that youngsters go to the market to buy ripped jeans, and if they do not find one, they cut their jeans using scissors.