In the CCTV footage also, he is seen sitting and then suddenly falling down 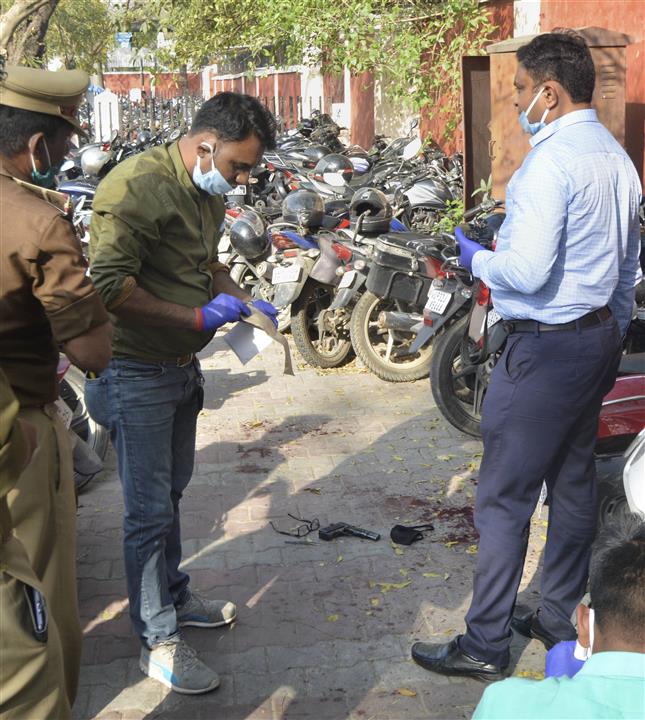 Police investigate the spot where sub-inspector Nirmal Chaubey allegedly shot himself near gate no 7 of UP Vidhan Sabha, in Lucknow. PTI

In the suicide note left behind addressed to the chief minister, sub-inspector Nirmal Kumar Choubey said that “he is going” and asked the CM to take care of his children. He has also stated that he was ill, Commissioner of Police DK Thakur said.

Choubey (53), a native of Varanasi district, was posted at Banthra police station in the city as a sub-inspector. He was deployed on duty at Gate No. 7 of the Assembly complex during the Vidhan Sabha session. Around 3.30 pm, he shot himself in the parking lot near Gate No. 7, which is at the back of the Assembly building.

The police personnel present there took him to the nearby Civil Hospital where he was declared dead, Thakur said.

In the CCTV footage also, he is seen sitting and then suddenly falling down, Thakur said, adding that there was no one else seen around him.

The police is investigating the matter, Thakur added. —PTI