He said Gogoi's demise is a personal loss for him 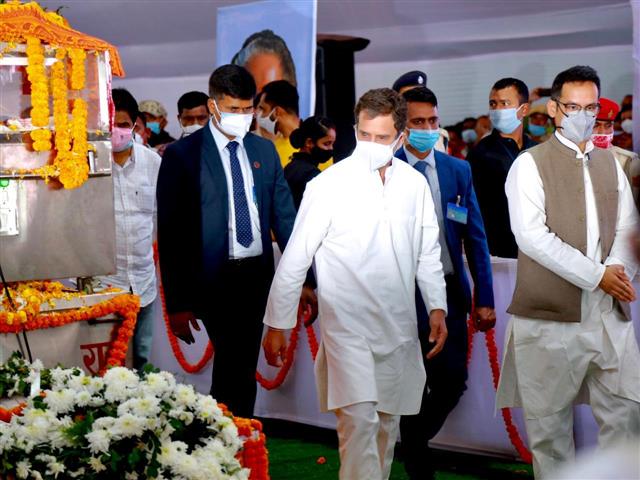 He said Gogoi's demise is a personal loss for him.

After arriving in Guwahati on a special flight from Goa, Gandhi straight away reached Srimanta Sankardeva Kalakshetra, where the three-time chief minister's body has been kept for the public to pay their last respect.

He offered floral tributes to Gogoi's mortal remains in the presence of the veteran Congress leader's parliamentarian son Gaurav.

"I think Gogoi ji was not just a leader of Assam. He was a formidable CM and a national leader. He inspired us by uniting the people of Assam and bringing peace to the state," Gandhi told reporters.

"I have spent many hours with Gogoi ji. He was my teacher, my guru. He explained to me what Assam is and what its people are. He narrated the beauty of Assam to me. It's a personal loss for me," Gandhi said while standing beside Gogoi's body.

The Congress stalwart died here on Monday while undergoing treatment for post-COVID-19 complications. He is survived by wife Dolly, daughter Chandrima and son Gaurav. PTI