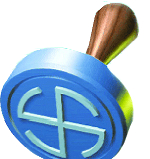 As campaigning came to an end today, it is now over to 1.97 lakh voters who will select representatives of 92 wards of Rajpura, Nabha, Patran and Samana councils of Patiala district on February 14.

Officials in the district administration said as many as 1,97,812 voters, including 94,334 women and 20 of third gender, would cast their votes.

“The administration has set up 190 polling booths. As many as 438 candidates are contesting the elections,” said officials.

“Voting on February 14 will continue from 8 am till 4 pm while results will be announced on February 17,” officials added. — TNS