Vegetable vendors, others stand in solidarity with protesting farmers 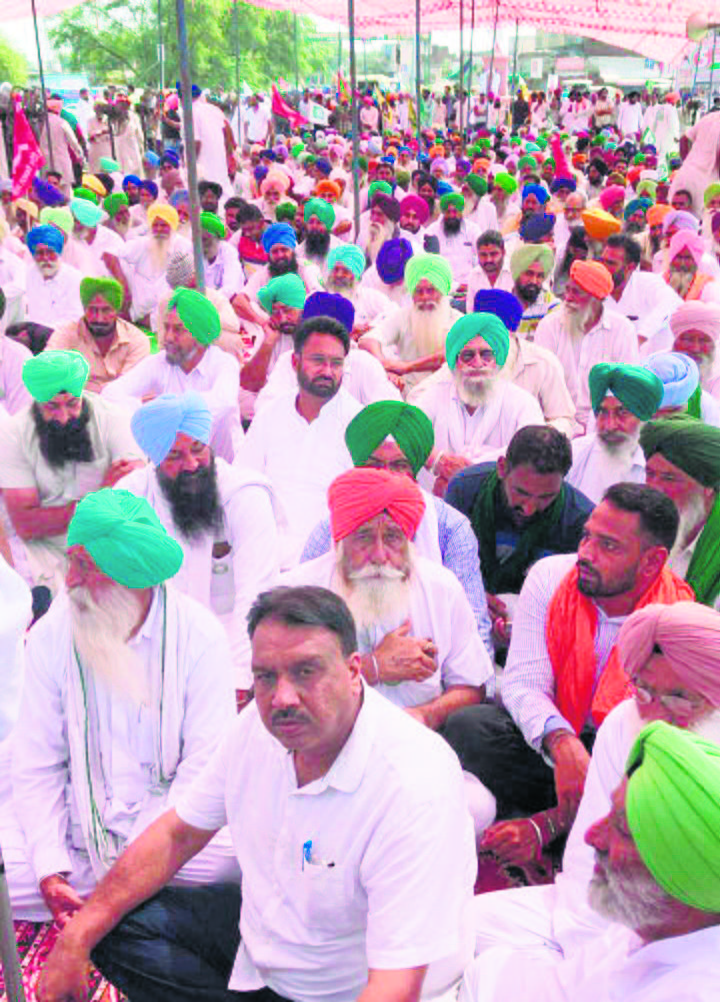 Members of the Beopar Mandal and farmers’ outfits hold a protest during Bharat Bandh in Patiala on Monday. Rajesh Sachar

Members of the Beopar Mandal today held a protest against the three contentious farm laws in the city. Roads and markets remained deserted while work at the vegetable market, government establishments, including the railway station and the Punjabi University campus, remained stalled. Offices and private establishments in Patiala remained shut today in support of the Bharat Bandh call given by the Samyukt Kisan Morcha.

The activists carried out a protest march throughout the city for over two hours. Rakesh Gupta of the Beopar Mandal said, “We support the cause against the farm laws and stand in solidarity with the protesting farmers. The mandal activists went to the farmers’ protest sites on Devigarh and Rajpura roads and showed sympathy with them.” Supporting the bandh call, fruit and vegetable vendors also kept the sabzi mandi in the city closed. Binder Singh Nikku, one of the vendors, said the retailers had decided to stop all work in support of the call.

Students, teachers and non-teaching officials shut gates and held a protest outside Punjabi University campus. Members of the District Bar Association (DBA), Patiala, also came out in solidarity with the agitating farmers.

The agitating farmers forced the Bank of India (Sirhind branch) and another bank branch at Sheran Wala Gate to shut its offices in view of Bharat bandh.