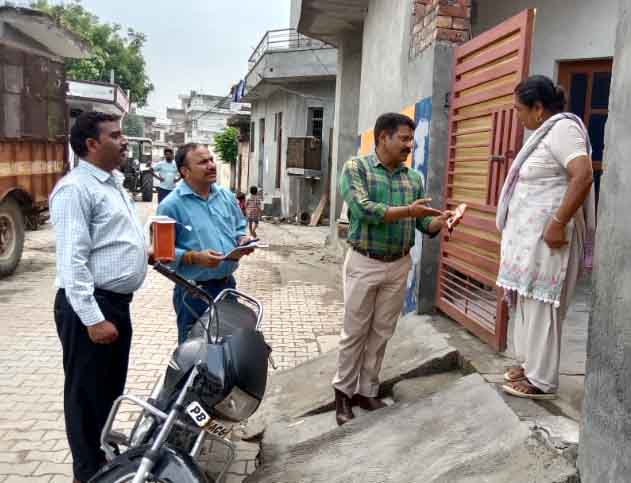 MC officials during a drive to collect samples of drinking water being supplied in Patiala. Tribune photo: Rajesh Sachar

The Municipal Corporation has started a special drive to check the quality of drinking water being supplied in diarrhoea-affected areas of the city.

According to the MC, the focus was on New Mohindra Colony and its adjoining areas of Sanjay Colony, Ghalori Gate, Rangeyshah Colony, Sheesh Mahal Colony, Markal Colony, Tej Bagh Colony and Arayin Majra.

MC Commissioner Aaditya Uppal said, “We have pressed 30 teams into service. These teams are going door-to-door and checking the water supply and quality of potable drinking water being used by the residents. Also, the water supply connections that were recently allotted to the people are being checked.”

He said the civic body had already issued a helpline number for checking water quality.

Corporation officials said two new cases of diarrhoea were reported from New Mohindra Colony on Thursday. “The two patients are stable and under observation. We have already provided them with ORS,” the officials said.