Around 700 farmers lost their lives during agitation, 21 were from Sanour Assembly segment 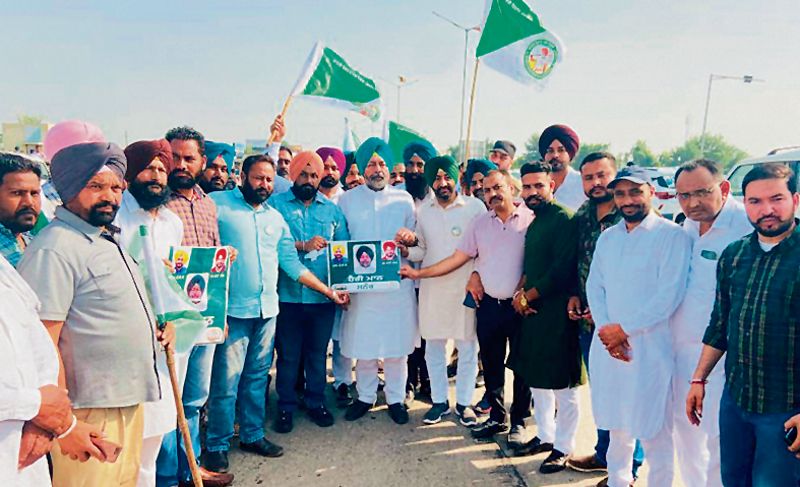 Sanour Congress leader Harry Mann welcomes the announcement made by the PM, in Patiala on Friday. Photos: Rajesh Sachar

Mann congratulated the agitating farmer organisations on momentous decision of the cancellation of the laws. He said if Prime Minister Modi had taken this decision earlier, hundreds of precious lives would have been saved.

Around 700 farmers have lost their lives during one of the longest protests in the Indian history.

Mann claimed that he had vowed not to do any election campaign until the three farm laws were repealed. “Around 21 farmers from the Sanour Assembly constituency have lost their lives in the protest. The government has given a compensation of Rs 5 lakh each to the grieved families and a government job to one of their family members,” said Mann.

He said equipment and machinery were also provided to the farmers, who lost their assets during farmers’ protest.

Mann said, “Kisan Bhawans have also been constructed at the cost of about Rs 30 lakh each in Safedda, Daun Kalan and Nogawan villages in memory of the farmers who lost their lives during the protest”.

Amid the celebrations by different farm unions and political parties, BJP leaders from the city celebrated the announcement made by Prime Minister Narendra Modi to repeal the three farm laws. Patiala Urban BJP president Harinder Kohli, along with party workers, distributed sweets soon after the announcement.

Kundan Gogia said the Central Government bowed down before the year-long protest by the farmers. They pointed out that many farmers had laid down their lives during the protest. “They will be remembered by the future generations as they laid their lives for the sake of farming”, the leaders pointed out.