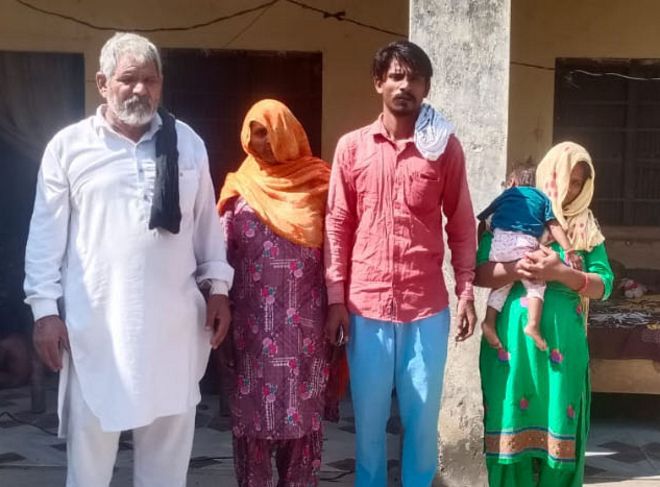 A family is compelled to live in a dharamshala at Shagar village in the Shutrana block of the district for the past three months after the roof of their house in the village collapsed due to heavy rain.

The family of 56-year-old Kashmir Singh of Shagar village, who belongs to the Scheduled Caste category, had to shift to the inn following the roof collapse incident. He said the rain during the monsoon was more of a bane for him.

A daily wage labourer, Kashmir Singh couldn’t mobilise enough money to build a new roof of his house. Left with no help from any quarter, Kashmir Singh is now homeless and putting up in the inn at the village.

Talking to Chandigarh Tribune, the hopeless victim said, “No one helped us. Therefore, we – my wife, son and daughter-in-law – are living in a dharamshala.” He added that it was humiliating for them to live in an inn, that too in their own village, when they had land to live but didn’t have money to get the roof reconstructed.

Dr Jatinder Singh Mattu, who is fighting for the people of Shutrana block to create a social and political awareness there, said he had visited the village and met Kashmir Singh. He added, “We will apply for financial help to him under the Pradhan Mantri Awas Yojana. The district administration should come forward and provide some interim financial help to the family.”

Mattu said there were many poor families in Shutrana villages who did not have pucca houses to live in. “The government should conduct a survey in the area and help the poor instead of making tall claims of providing aid to poor people.”

Deputy Commissioner Sandeep Hans said, “I will ask the Patran SDM to look into the case and provide financial help to the family under the government scheme at the earliest.”