Punjabi University worker hangs self to death : The Tribune India 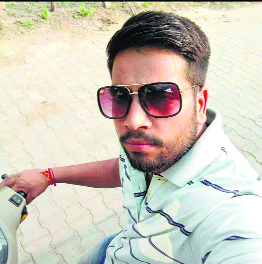 A 29-year-old daily wage employee of Punjabi University, Patiala, allegedly committed suicide by hanging himself with a fan at the Waris Bhawan on the campus. The deceased has been identified as Rohtash Kumar. University officials said his body was removed by the police and taken to Government Rajindra Hospital. He is survived by his wife and one-year-old daughter.

Officials said Rohtash was a daily wage employee at the Waris Bhawan guest house on the campus. He was working as a ‘masalchi’ at the bhawan kitchen since 2016.

Officials said Rohtash was on duty from 10 pm to 6 am the previous night. University security officer Gurtej Singh said, “We got to know about the incident after the other employee reached there for duty on Thursday morning. Rohtash had been unwell some time ago and used to remain a little disturbed.”

He said the university officials informed the police about the incident who reached the campus and sealed the premises. The body was then taken to Government Rajindra Hospital.

University Vice-Chancellor Professor Arvind and Registrar Navjot Kaur expressed sympathies with his family members and co-workers. The university said it had handed over the CCTV footage to the police and the room had been sealed.