After Dilip Kumar's death, Dharmendra had shared a picture with the late actor's body. 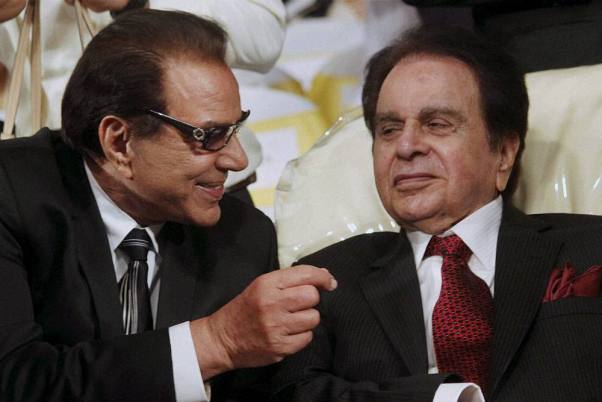 Dharmendra and Dilip Kumar during the launch of the latter's autobiography The Substance and The Shadow in Mumbai. — PTI

Veteran actor Dharmendra talked about how, in his youth, he looked up to the late legendary actor Dilip Kumar.

He remembered finding his glimpse in the film poster, and later wondering if he could be like the late actor.

Dharmendra shared a video clip on the microblogging website days after the death of Dilip Kumar. He died at a Mumbai hospital on Wednesday morning at the age of 98 after a prolonged illness.

In the clip, Dharmendra was heard saying: "Naukri karta, cycle pe aata jaata, filmi posters mein apni jhalak dekhta, raaton ko jaagta, anhone khwab dekhta, subah utkar aayne se puchta 'mai Dilip Kumar ban sakta hun kya?' (He had a job, would use a cycle for commuting, found a glimpse of himself in film posters, stay awake at night, have unique dreams, would wake up in the morning look at the mirror and ask, 'Can I be Dilip Kumar?'."

Meanwhile, Dilip is survived by his wife veteran actor Saira Banu. He was laid to rest with full state honours in Juhu's cemetery in the evening on the same day. Actors Amitabh Bachchan, Shah Rukh Khan, Ranbir Kapoor among others paid their final respects to Dilip Kumar.