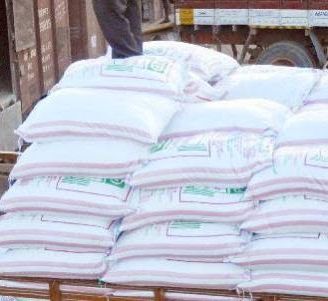 Wheat cultivators, who brave chill and fog to bring fertiliser from Haryana, are being booked in the neighbouring state under Section 3 of the Fertilizer (Movement Control) Act, 1973 and Section 7 of The Essential Commodities Act, 1955.

Wheat cultivators, who brave chill and fog to bring fertiliser from Haryana, are being booked in the neighbouring state under Section 3 of the Fertilizer (Movement Control) Act, 1973 and Section 7 of The Essential Commodities Act, 1955.

At least four farmers of the Malwa belt, including two from Ludhiana district, were arrested and their tractor-trailers carrying 840 bags of urea fertiliser confiscated by the Sadar police in Jind, Haryana, on Saturday.

Farmers are being forced to bring fertiliser from neighbouring states due to the halt of goods trains amid the protest of farmer unions against the three new laws that farmers term draconian.

Terming the action of the Haryana agriculture officials and cops vindictive, farmer unions have urged Punjab CM Capt Amarinder Singh to come to the rescue of peasants. Baldev Latala, leader of the All-India Kisan Sabha, said agriculture officials of Haryana, led by SDO Baljeet Singh, had got an FIR registered against four Malwa farmers, who purchased urea from different dealers in Jind.

He said a delegation of the All-India Kisan Sabha would soon meet the Punjab CM. It’s high-handedness as Haryana officials got a case registered only against buyers and the dealers were spared, he said. “What can a cultivator do if he doesn’t get nutrients for his crops?” he asked.

The FIR, a copy of which is with The Tribune, shows that Jarnail Singh of Gujjarwal village and Paramvir Singh of Toose village in Ludhiana district, Kuldeep Singh of Padi Parecha and Jitender of Chhajli village had been booked for carrying 840 bags of various brands of urea fertiliser in their respective trolleys, which were intercepted by Haryana agriculture officials, led by SDO Baljeet Singh.