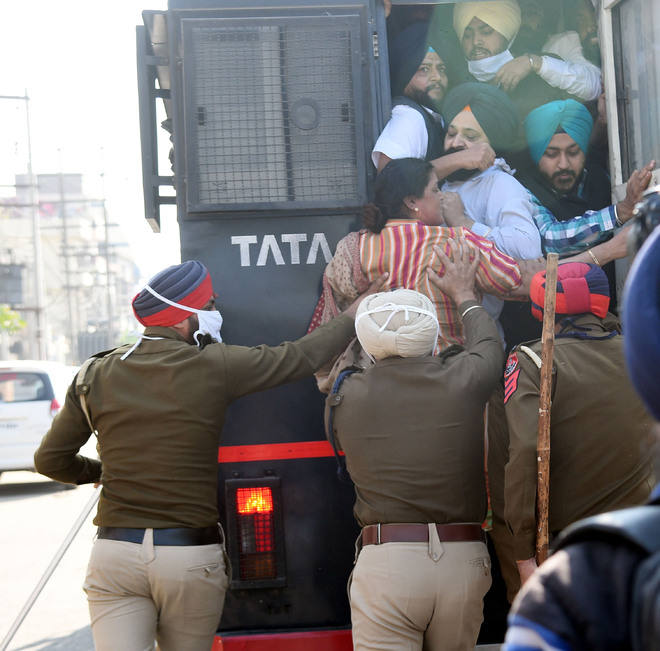 Police detain YAD leaders during a protest in Ludhiana on Friday.

Workers of the AAP and Youth Akali Dal (YAD) today staged protests against Lok Insaaf Party (LIP) MLA Simarjit Singh Bains over the alleged rape charge levelled against him and demanded immediate registration of an FIR.

AAP workers led by Amandeep Singh Mohi submitted a memorandum to Joint Commissioner of Police J Elanchezhian and urged him to register a case against Bains. They also held a protest and warned of launching an agitation against the police if they failed to register a case.

YAD workers led by district president Gurdeep Singh Gosha staged a protest at Arora Palace Chowk, demanding arrest of the MLA. The police later arrested YAD leaders and workers as they tried to march towards the MLA’s office.

The YAD workers were later released from the Dehlon police station. Bains supporters too gathered to counter the YAD protest. A posse of police was deployed. Ludhiana Joint CP Kanwardeep Kaur is conducting a probe into the allegations. — TNS 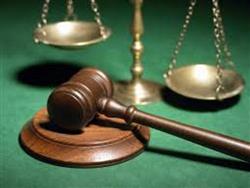