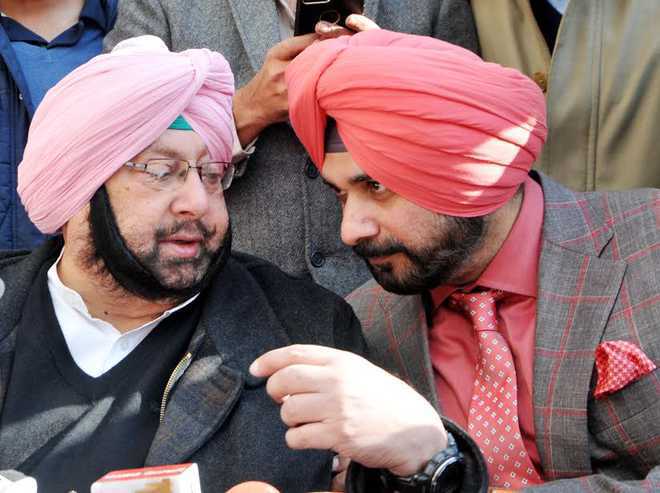 Of the 17 councillors of the Congress in the Muktsar Municipal Council (MC), 13 have written to Chief Minister Capt Amarinder Singh and PCC president Navjot Singh Sidhu, requesting them to replace their own party’s MC president Krishan Kumar Shammi Tehria and vice-president Mintu Kang.

I have no ill-feeling against any councillor. The development works are being carried out in all wards. — KKS Tehria, muktsar MC President

They have also written to Local Government Minister Brahm Mohindra, district Congress president Harcharan Singh Sotha and former Muktsar MLA Karan Kaur Brar over the issue. The Congress councillors have accused the president and vice-president of the Municipal Council of corruption and giving them a cold shoulder.

Supporting the demand, Karan Kaur Brar said: “The matter will be taken up with the senior leadership. Not much time is left to complete the development works. The committee is having a budget of Rs 18 crore, but the public money is being misused on interlocking tiles. Councillors want to focus on improving the sewerage and drainage system in their wards.” Yadwinder Singh Yadu, a councilor and former vice-president of Muktsar MC, said, “We have written a letter to the senior party leaders, demanding replacement of the sitting president and vice-president of the MC.”

Reacting to the letter, Tehria said: “I have no ill-feeling against any councillor. The development works are being carried out in all wards. Many have no problem. The party leadership, too, has not yet sent me any message or sought my clarification.” — TNS