110-MW project is under control of PSPCL 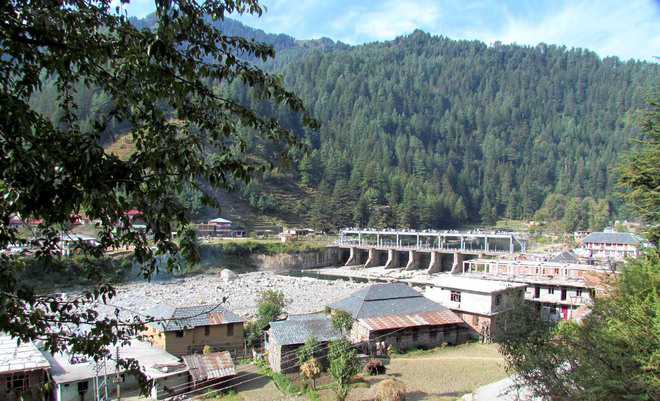 The Uhal river is the source for the Shanan project in Jogindernagar of Mandi district. Tribune photo

The Himachal Pradesh High Court on Saturday sought the Punjab government’s stand on a petition seeking to divest its control over the Mandi-based the Uhal River Hydro-Electric Project in Mandi and transfer it to the hill state.

A bench of Chief Justice L Narayana Swamy and Justice Anoop Chitkara also sought the stands of the Union and Haryana governments on the petition which challenged the provisions of the Punjab Reorganisation Act, 1966 too that handed over the ownership of the British-era project to Punjab.

The court directed all respondents to file their replies within four weeks.

In his petition, Singh alternatively demanded that the entire income from the power project to be transferred to Himachal Pradesh and free electricity to the residents of Mandi.

In his petition, Singh said the power project on the Uhal river was executed under a March 1925 agreement between the then British government and Mandi’s erstwhile ruler Raja Joginder Sen Bahadur.

As per the 1925 agreement, in lieu of the power project on the river in Mandi, the then Mandi state was to be supplied 500 KW of free electricity, the petitioner added.

As per a subsequent agreement in 1935 between the British Secretary of State for India-in-Council and Mandi’s ruler, it was also agreed that high-tension transmission lines will be built in Mandi and it will be maintained by the Mandi ruler in lieu of the free power to his ‘riyasat’.

The project was executed in 1933, but after the independence, the then government of undivided Punjab took control of the Mandi-based power project without any authority, said the petitioner.

Subsequently, as per the provisions of the Punjab re-organisation Act, 1966, enacted to create states of Punjab, Haryana and Himachal Pradesh, the power project on the Uhal river on Himachal was handed over to Punjab in complete disregard to Himachal’s interest, the petitioner said.

Between years 1965 and 1975, agreements were executed and notifications issued in favour of the Punjab Electricity Board regarding the project, neglecting the interests of Himachal and without allowing it to have any say over it, the petitioner said.

Terming the provisions of the 1966 Act as “legally untenable”, the petitioner said Himachal is a small State, having a very limited source of income while it is being deprived of the Mandi power project’s income to the tune of Rs 100 crore every year.

The petitioner sought the quashing of the agreements and notifications of the Union government and for directing respondents to hand over the Uhal River Hydro Electric Project to the state. — PTI