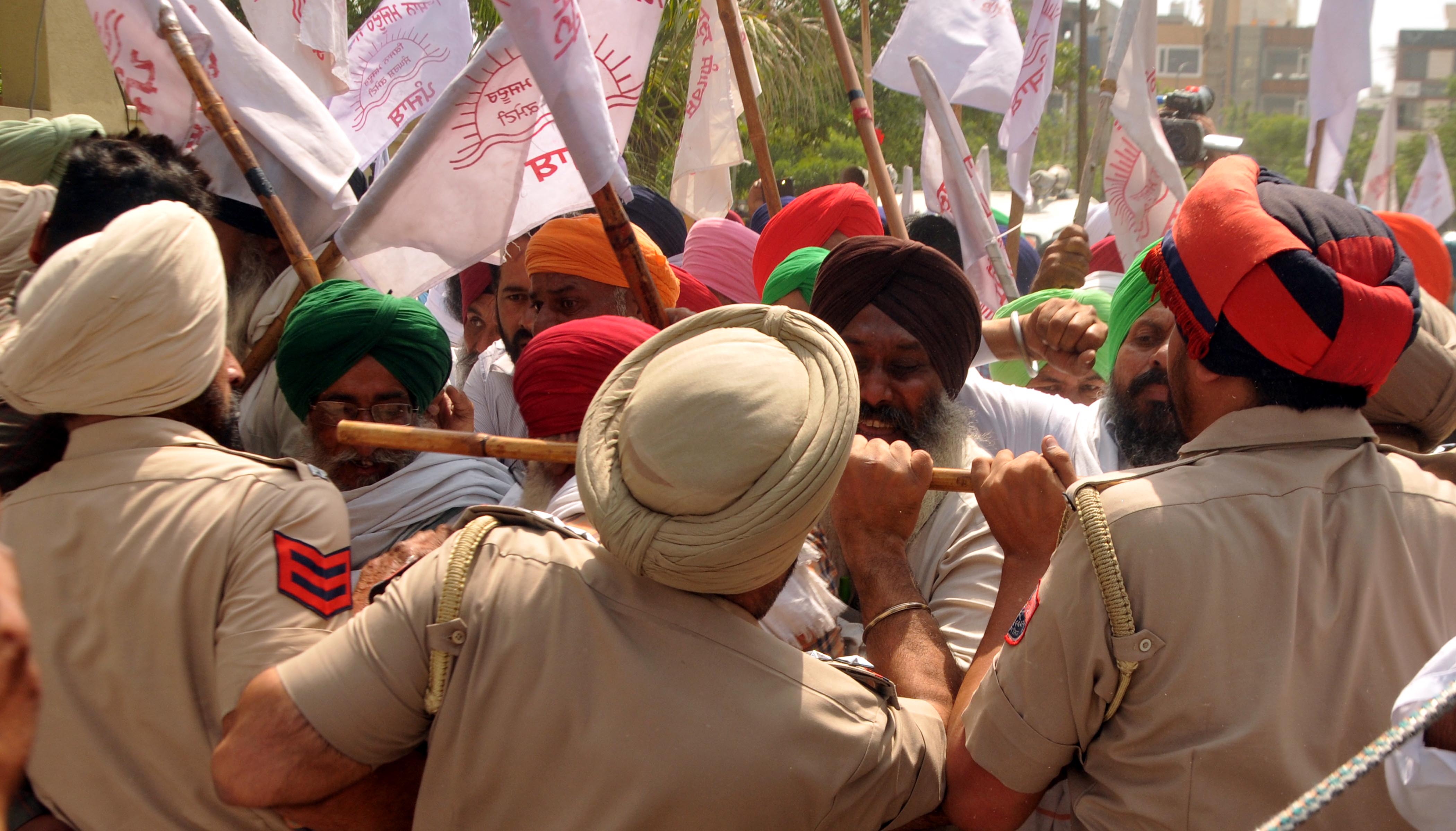 The police try to stop farmers from marching towards the Power Minister's residence in Amritsar on Friday. Photo: Vishal Kumar

Farmers protesting under the banner of the Kisan Mazdoor Sangharsh Committee (KMSC) today stormed the residence of Power Minister Harbhajan Singh ETO in protest against long power cuts in the state.

The sowing of paddy and vegetables is underway. How will fields be irrigated in the face of outages? The CM has been blaming his predecessors for the power crisis. This is unacceptable. Sarwan Singh Pandher, farm activist

They assembled at the Golden Gate, which is an entrance to the holy city, at 9 am and started towards the minister’s residence in New Amritsar.

There was heavy barricading around Singh’s house.

The farmers scuffled with the police as they tried to break the barricades. They claimed their turbans were tossed in the melee.

After having managed to reach Singh’s residence, the protesters set up a makeshift stage near his house and gave speeches against the government.

The protesting farmers demanded round-the-clock supply to households and at least eight-hour supply to tubewells.

The dharna lasted for more than six hours. It was called off around 4.30 pm, when Sub-divisional Magistrate (SDM) Rajesh Kumar assured the protesters of an uninterrupted supply and a meeting with the minister at his Jandiala office on May 7.