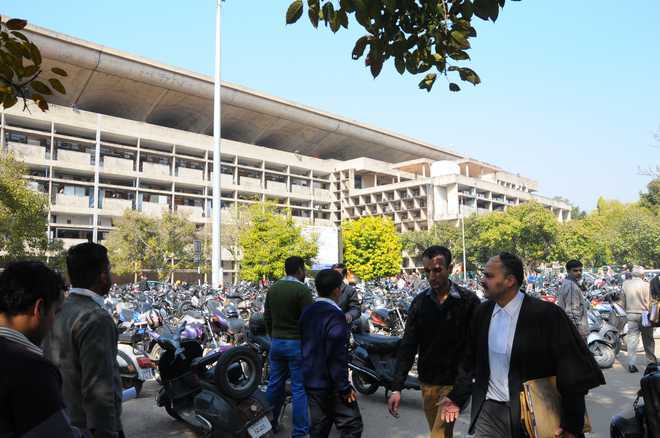 Ordering a CBI probe into the alleged false implication of an accused in a cross-border drugs smuggling case, the Punjab and Haryana High Court today ruled that a constitutional court was left with no other choice but to intervene once the executive at the highest level failed to take action despite surfacing of glaring facts.

The petitioner-accused had alleged “prosecution by the state machinery at the behest of his political opponents governing the state”. Justice Anil Kshetarpal also directed the investigating agency to register an FIR against the erring officials “noticed in the report submitted by Special DGP, Punjab”, before asking it to carry out free, fair and impartial investigation into the matter.

The directions by Justice Kshetarpal came on a petition filed against the state of Punjab and other respondents by Balwinder Singh through counsels CS Bakshi and Ankur Jain. Accused of illegally peddling contraband received from Pakistan along with certain others, he was being tried in an FIR registered under the provisions of the Narcotics Drugs and Psychotropic Substances Act on August 4, 2017, and the Arms Act at SSOC police station in Amritsar. Justice Kshetarpal, during the course of hearing, noticed that affidavit filed by the Director-General of Police, Special Task Force, had left many questions unanswered.

Subsequently, Director, Bureau of Investigation, Parmod Kumar, was directed to examine the police diaries, CCTV footage, documents, call details and tower locations of the mobile phones of the petitioner and police officials before submitting his report. Among other things, the report stated that pieces of evidence and expert opinion corroborated Balwinder’s version and cast a serious doubt about the initial version recorded in the FIR.

Justice Kshetarpal added executive authority, at the highest level, was apprised of the alleged crime committed by the police officials, which provided punishment for vexatious entry, search, seizure or arrest.