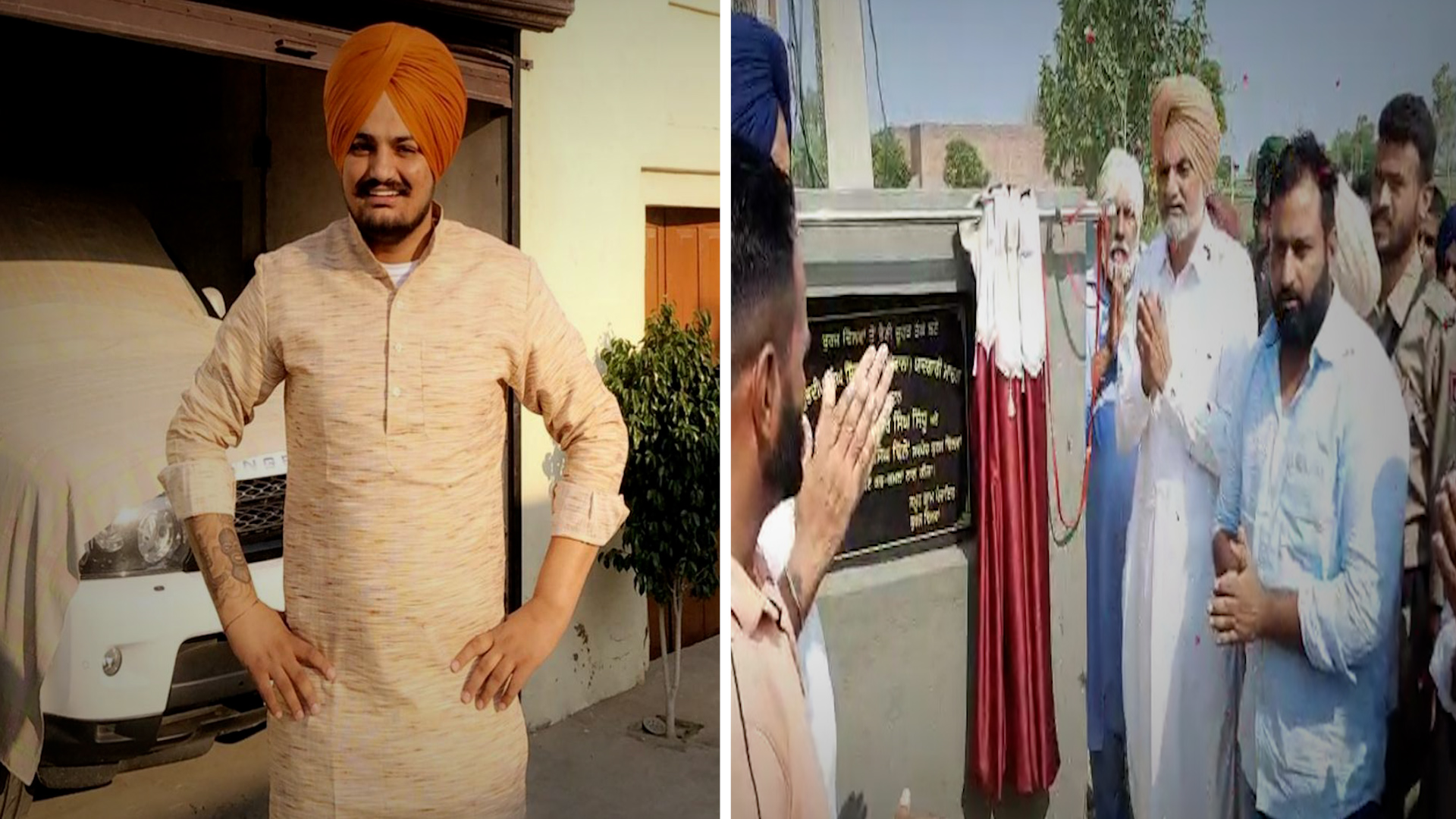 The road was promised by Moosewala during campaigning for the Punjab Assembly election. Moosewala had unsuccessfully contested polls from Mansa from the Congress ticket.

Speaking with the villagers, Balkaur Singh said: “We are passing through a bad phase. I am sure, your expectations are high. I will not be able to do a lot, but I will try to fulfill the dreams seen by my son for the constituency.”

He said: “If I talk about Sidhu, then the loss can’t be expressed in words.”

“We lost the polls and both me and Sidhu were sad at first, but then one day when my son returned from a show in Dubai, he told me that we will continue to work for the area and people here, but will not contest elections again as he did not like the attitude of people in politics,” he said.

He alleged gangsters were running a parallel government in Punjab.

“If you go and beg one, than the other group comes to your door with guns,” he said.

Getting emotional, he said: “Neither any politician nor gangsters will be killed. Only the kids of common man are being murdered.”

He also claimed that five attempts were made to attack Sidhu Moosewala during the polls. He, however, was saved at that time because he had security with him, but this new government pruned his security along with others. The news was leaked in the media and within a day he was killed.

He also claimed that his mother worked hard for 40 years and even he worked hard for 35 years, but people did not see the hard work is bringing him up, they just saw him rising as a star.