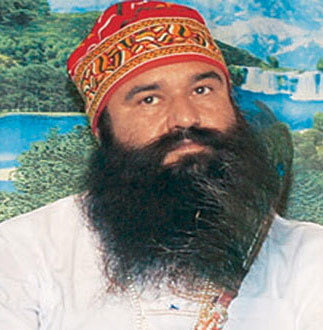 A special investigation team (SIT) probing the 2015 sacrilege cases today filed a supplementary chargesheet in one of the three cases against Dera Sacha Sauda head Gurmeet Ram Rahim and seven others in a local court here.

The chargesheet has been filed by SIT head SPS Parmar. The previous chargesheet was filed in July 2020 by then SIT head DIG RS Khatra. In 2018, the CBI had also conducted a probe into the case of theft of Guru Granth Sahib from a gurdwara at Burj Jawahar Singh Wala. It had given a clean chit to the accused.

Khatra had reportedly not taken into account evidence collected by the CBI. On January 4 last year, while issuing orders to replace Khatra following a plea by the accused, the High Court had asked the police to take CBI probe into account and file a supplementary challan. In the present chargesheet, the SIT has incorporated the evidence collected by the CBI, said IGP Parmar.

The SIT had last year visited Sunaria jail in Rohtak twice to question Ram Rahim in the sacrilege cases. The SIT has so far arrested seven dera followers. All of them are out on bail. While Ram Rahim is lodged in jail, three other accused Sandeep Bareta, Pardeep Kler and Harsh Dhuri have been declared proclaimed offenders.