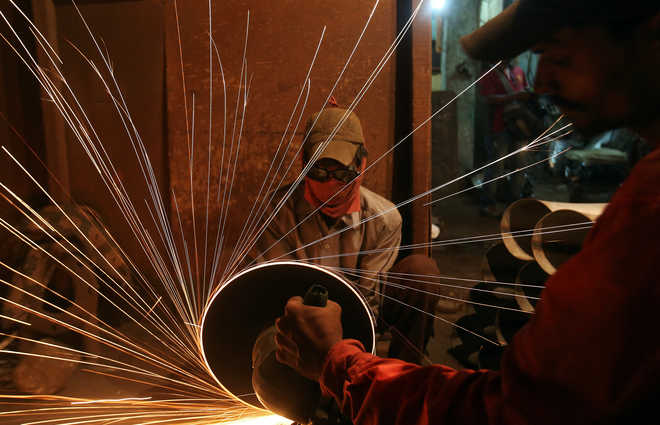 Industry in parts of Punjab has been shut down for two days, following a huge surge in demand for power in the agriculture sector.

With the yawning gap in demand and supply of power, industries located in the Central Zone (Ludhiana, Mandi Gobindgarh, Khanna, Amloh and Sirhind) and North Zone (Jalandhar, Phagwara and Hoshiarpur) of the state were asked to shut down their units compulsorily for 48 hours from 2 pm today. Industrial units can now resume operations only after 2 pm on Saturday. Industrial units in these areas constitute 90 percent of the total units in the state.

Unscheduled power cuts, ranging from two to six hours, have also been reported across the state, to meet the huge surge in demand in the agriculture sector.

The move, say industrialists, will hit them hard, especially in the ongoing economic slowdown. “With two days’ cut, the loss in Mandi Gobindgarh alone would be Rs 150 crore. The government should have imposed a daily 12-hour cut rather than two compulsory weekly offs, so that the industry could be able to function everyday and retain labour,” said MahinderPal Gupta, president, Induction Furnace Association.

Information received from the Punjab State Power Corporation Limited shows that the gap in demand and supply of power has reached almost 1500 MW today, owing to high demand for running tube wells for irrigating the paddy fields.

Officials in the state power utilities said that other than relying on the short- and long-term power agreements, they are buying over 7000 MW of power from the power exchange.