Some struggle with glitch in e-system in Punjab 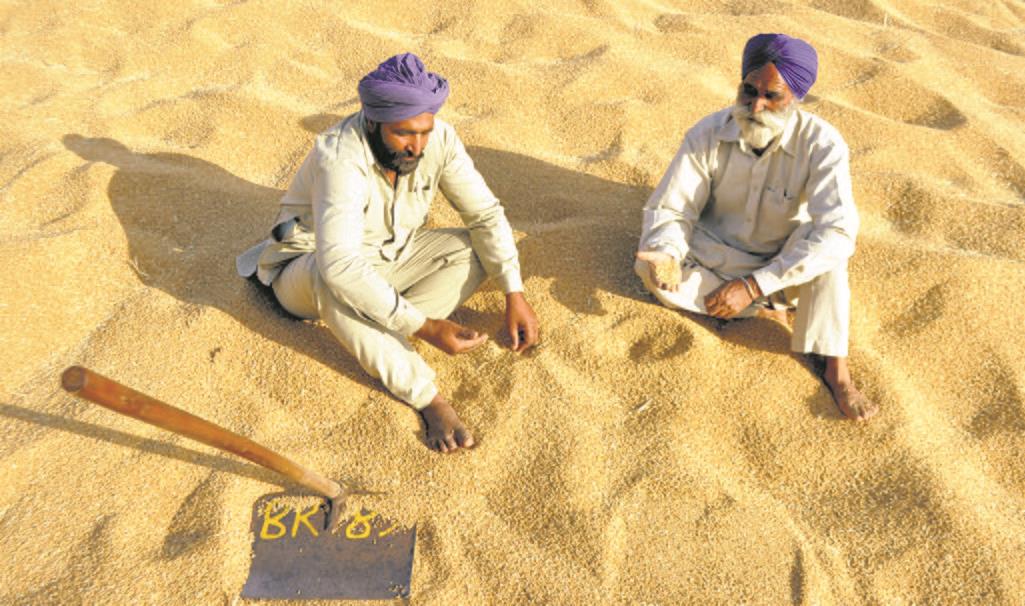 Despite tall claims made by the Centre about the success of its DBT rollout, the ground situation in Punjab reveals how farmers are waiting for payment in their accounts for days now and the commission agents are still struggling to upload documents on a portal that is showing frequent glitches.

Despite tall claims made by the Centre about the success of its DBT rollout, the ground situation in Punjab reveals how farmers are waiting for payment in their accounts for days now and the commission agents are still struggling to upload documents on a portal that is showing frequent glitches.

As a result, there is a glut in mandis. It has been eight days since the wheat procurement started in the state. Farmers are bringing their grain to 2,700-odd mandis (of the total 4000 markets notified), but waiting for days to get their payment. Arhtiyas are now reluctant to extend farmers’ credit due to their exclusion from the e-payment system.

Simarjit Singh, a farmer from Sadiq Mandi in Faridkot, sold 230 quintals of wheat through an arhtiya on April 11. Eight days down the line, he has not received a single penny. “I hear that the government is facing a financial crunch. Could they be holding back my payment? The earlier system was better, when we would receive a cheque from the commission agent within two to three days of the grain being sold,” he said.

Pankaj Aggarwal, an arhtiya, who got Simarjit’s grain auctioned, said the process of filing all forms on the new portal — Anaaj Kharid — was not clear. “The portal itself has too many technical glitches. As a result, just two or three zamindars who have sold their grain in Sadiq Mandi have so far received the direct payment.”

The story is no different in other parts of the state. Naib Singh of Thuha village near Rajpura, who along with his son- in-law Harwinder Singh, sold 250 quintals of wheat on April 11, said their dues had not been credited in their account. In Payal Mandi, Sukhwinder Singh Cheema, an arhtiya said the procurement in their Mandi began on April 12, but he was unaware of any farmer having received the payment to date.

In Mathi village of Fatehgarh Sahib, farmer Sandeep Singh said he sold 80 quintals of grain on April 11, but is yet to receive the payment. “We have already deposited the Aadhar card, a cancelled cheque and bank details and are told it will be credited soon,” he said.

Ravi Bhagat, Director, Food and Supplies, Punjab, however, assured by Sunday evening, Rs 360 crore would have been transferred in the farmers’ accounts by the state government.

Suresh Sood, an arhtiya in Fatehgarh Sahib, said there was a glut in mandis as lifting was slow because of the shortage of gunny bags. Till Sunday, 46.01 lakh metric tonne (LMT) of wheat arrived in the mandis, of which 40.24 LMT has been purchased. However, only 10.38 LMT has been lifted from the mandis. Ravi Bhagat, Director, Food and Supplies, Punjab, said they had allowed all government agencies to use the already used gunny bags.