Will help clear fields for sowing of crops 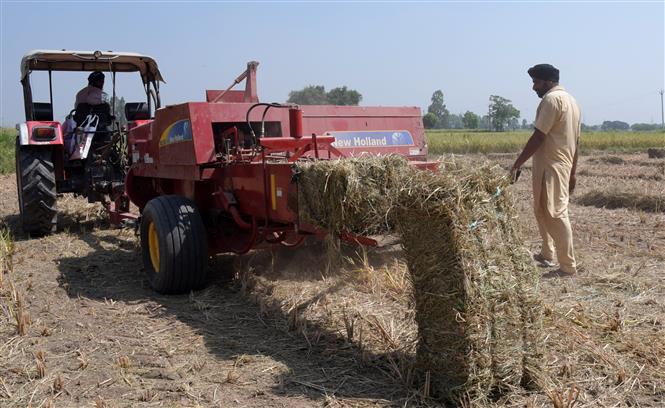 In order to deal with the stubble burning problem, 19 imported baler racker machines along with modified tractors have been provided to farmers by the district administration.

While giving details, the DC said baling was a novel way for cutting of straw in a rectangular shape which eventually goes to the biomass plant for power generation. She said these machines had the capacity to make paddy balers out of straw on 125 acres in a day. “The baler machines will be helpful to those farmers who have to sow other crops after the harvest.”

On this occasion, Chief Agriculture Officer Dr Tejpal Singh said the list of farmers who were already operating these machines in this district would be shared in various WhatsApp groups of farmers, block offices of the Agriculture Department and cooperative societies of the district. “It will be easy for the farmers who need a baler machine to contact the nearest machine owner with the help of this system,” said Dr Tejpal.

Awla said they had set up three biomass plants using technology from Denmark which converts paddy stubble into power. “The power being generated is directly send to the grid for which they have entered an MoU with the PSPCL. While these plants have generated huge employment avenues in the region, these prevent the farmers from indulging into stubble-burning to help in decreasing air pollution,” said Awla.