Say will gherao officials if they try to harass growers 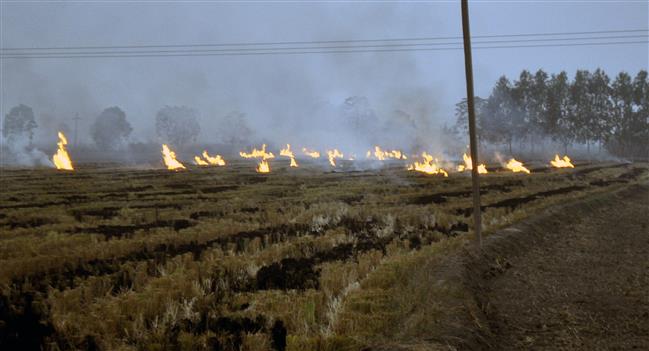 Seeing no financial help coming from the state government for managing paddy stubble, farmers have announced that they would stick to burning it.

Seeing no financial help coming from the state government for managing paddy stubble, farmers have announced that they would stick to burning it. They said meetings would be held soon to form committees to tackle government officials in case of “harassment” of growers during the upcoming paddy harvesting season.

“How will the farmers who are already under debt spend from their pocket to manage huge quantities of farm waste?” questioned farmer Gamdoor Singh.

“By burning paddy stubble, farmers are the first ones to inhale the poisonous smoke. So we do not want to burn it, but we have no choice. If the government fails to give any help, we will continue to burn it and also gherao officials if they try to harass farmers,” said Rinku Moonak, BKU Ugrahan leader from Moonak block of Sangrur.

Sangrur Chief Agriculture Officer Harbans Singh said, “We are organising special camps and offering all possible help. Farmers should understand that these fires cause irreparable damage to land.”