Concern over operation of school from Jail premises 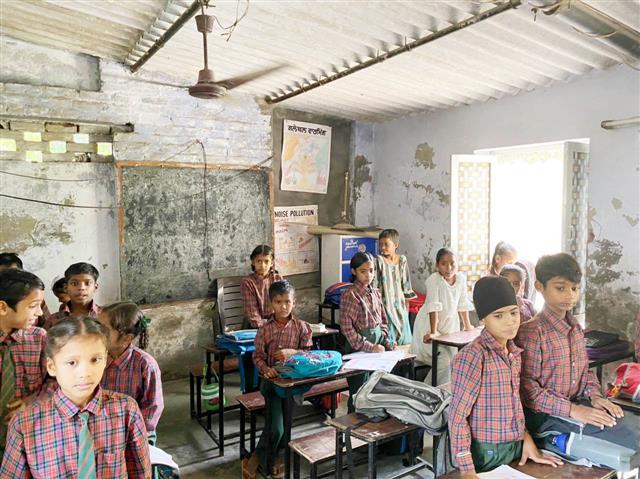 More than 300 students of Government Primary School are regularly “exposed to dreaded criminals”. Reason: The classes are held on the premises of Nabha Jail.

History of the school

Children usually encounter the criminals when they are being ferried in police vans for court hearings. “Exposure to violent people such as these, even as a bystander can have far-reaching negative impact on the psyche of young children,” said an expert.

A teacher, on the condition of anonymity, said: “We were lucky that the infamous Nabha jailbreak took place on a Sunday in 2016 when we were not on the premises. To ensure the safety of children, the government should immediately shift us out of here.”

Adding to their woes, the school is being run in four makeshift classrooms of tin sheds, which leak during rains. Suman, head teacher, said, “We have requested the higher ups to either improve the current infrastructure or provide any building outside the premises to ensure safety. Currently, it becomes highly difficult for students in extreme weather conditions.”

The school teachers informed that school had been started -- a long time ago -- to teach wards of jail officials/staff. However, the school, currently, does not have even single child of jail officials enrolled.

District Education Officer Harinder Kaur said: “Though the school is on the jail premises, it is far from where inmates are lodged. However, I will seek a report from the school staff on possible solutions to end this problem.”

Education Minister Pargat Singh could not be contacted despite repeated attempts.