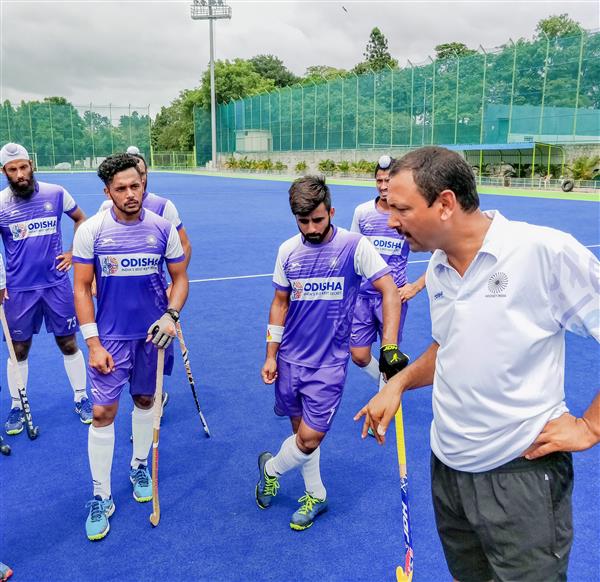 Former India hockey coach Harendra Singh, who trained both the national men’s and women’s teams at different stages of his accomplished career, has been appointed as the new head coach of the US men’s team.

Singh, who was bestowed the Dronacharya award in 2012, served as the chief coach of the senior India men’s hockey team from 2017 to 2018. Before that, he was also in charge of the Indian women’s team for some time.

“Thank you for this exciting opportunity to coach the US Men’s National Team,” said Singh in a statement issued by Team USA.

“My enthusiasm knows no bounds as I am excited to begin this journey with my experience in providing tools to players to find their strengths and weaknesses,” he added.

The 55-year-old will be moving to the US with his family for the duration of his tenure, which was not specified by the American federation.

“Developing personalised training programs will surely help the team who have the power to change the tables in world hockey with their sheer grit determination and hard work,” he said.

Singh’s first assignment with the Indian men’s team was the 2018 Asian Champions Trophy, where he led India to gold in Muscat, Oman.

He also led India to a fifth place finish at the 2018 men’s World Cup in Bhubaneswar.

The men’s side also claimed a silver in the 2018 Champions Trophy and bronze medal at the 2018 Asian Games.

“I am truly looking forward to being a part of a professional setup. I am excited to become a contributor to the growth of the USMNT by providing ‘Best of Breed’ to our players,” Singh said.

“I’m looking forward to a dynamic relationship as we get ready to challenge the best of the best teams in the years to come.”

Singh had also guided the Indian women’s team to a gold medal in the 2017 Asia Cup.

He also has extensive experience coaching the junior national teams, and had guided India to a gold medal at the 2016 men’s Junior World Cup.

In total, Singh has claimed eight gold, five silver and nine bronze medals at various tournaments at the international level and has coached more than 350 international matches between the junior and senior national teams.

“The US men’s National Team showed great progress prior to the COVID-19 shutdown and now with a coach of the caliber and experience of Harry at the helm we are excited for the future of the USMNT.”

Singh has also been involved with coaching and training a number of high-rising Indian coaches at the Sports Authority of India and various State Hockey Associations.

He holds a FIH Level 4 High Performance certification and to date has helped produce more than 20 Olympians for India across his career.

As an athlete, Singh appeared in 23 international matches for India from 1985-91 and represented India at the 1990 Asian Games in Beijing, where he helped the team to a silver medal. PTI