Haryana woman Congress leader, lawyer booked as video of the two brandishing a gun and firing on road goes viral : The Tribune India

Haryana woman Congress leader, lawyer booked as video of the two brandishing a gun and firing on road goes viral

Palwal Police file a case against the two for brandishing the handgun, which is ‘illegal’ 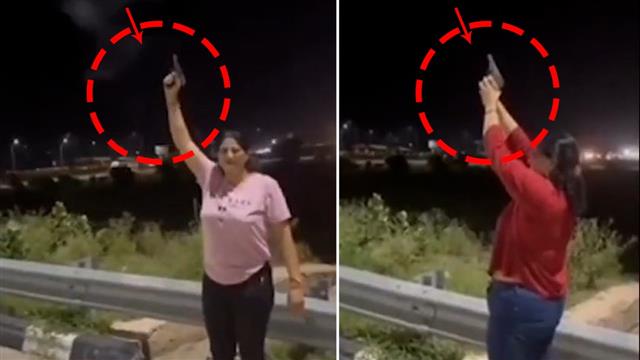 They thought it was fun, but least did they know that they were inviting trouble.

A case has been filed against a woman Congress leader and a woman lawyer in Palwal, Haryana, for firing in the air on a roadside.

The video of the two women firing in the air has gone viral. The incident reportedly took place on KMP Expressway a few days back.

The women also made a video of the incident. The video shows the women brandishing the gun in the middle of the road; Punjabi music can be heard in the background. The video was posted on Instagram.

Palwal Police filed a case against the two for brandishing the handgun, which is “illegal”.

An FIR has been filed against them on a complaint from the police lines about illegally using the firearm.

One of the women was identified as Chanchal Gautam alias Nisha, Congress leader from Ward No. 14, and the other as Poonam Rao, a lawyer.