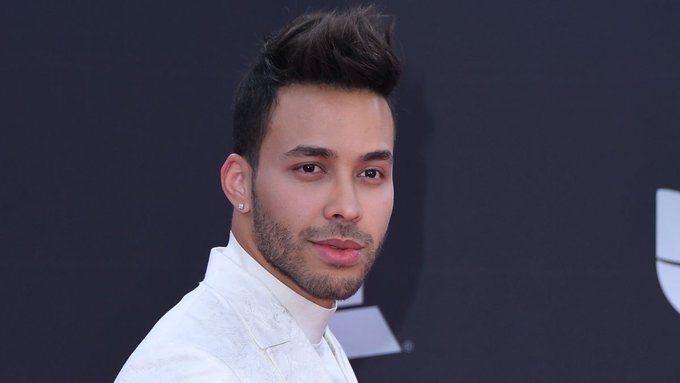 Singer-songwriter Prince Royce has revealed that he has tested positive for coronavirus and urged his fans to strictly follow the social distancing guidelines.

The 31-year-old singer posted a video message on Instagram, saying he was diagnosed with COVID-19 almost two weeks ago, even though he has been taking precautions against the disease.

"I thought that taking precaution by washing my hands and wearing a mask was going to be enough, and it was not," he added.

Royce said he was feeling better now and hopes to test negative after a week or so.

"But I'm concerned and frustrated with what's going on around the country. People not practicing social distancing, seeing people not wearing a mask...,” he said.

"I'm concerned for people that do have pre-existing conditions and low immune systems. We just don't know what's going on," the singer added.

Royce ended his video by asking the young people to take the threat of coronavirus seriously.

"Like I said, this is real and starts also with the youth. A lot of people going out, and I just wish that we could, you know, if you don't have to go out, don't go out. We have to protect our families. Let's protect our parents, and let's be mindful of other people. Much love," the singer concluded. PTI