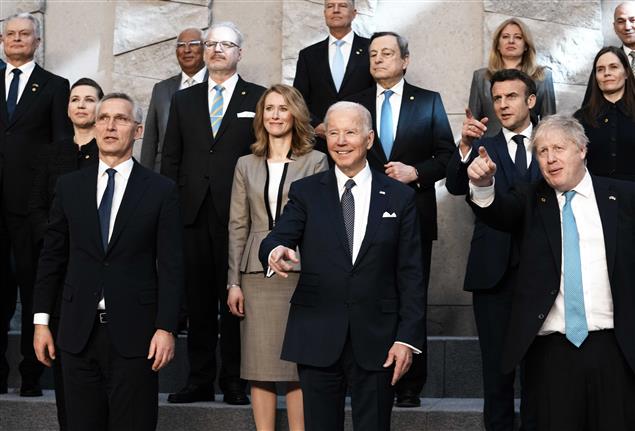 Ukrainian President Volodymyr Zelenskyy called on NATO, EU and G7 countries all meeting in Brussels on Thursday to help Kyiv fight the invasion, which has killed thousands and driven a quarter of Ukraine’s 44 million people from their homes.

“We agreed to strengthen our deterrence and defence for the longer-term. We also agreed to give further support to Ukraine and to continue to impose costs on Russia,” NATO Secretary General Jens Stoltenberg said.

NATO agreed on Thursday to set up four new combat units in Bulgaria, Romania, Hungary and Slovakia. More jets will be deployed, it added.

“NATO has yet to show what the alliance can do to save people,” Zelenskiy told the summit.

Britain on Thursday imposed sanctions on more Russian lenders, including Gazprombank and Alfa Bank, as well as a woman who, London said, was the stepdaughter of Putin’s veteran foreign minister Sergei Lavrov. — Reuters