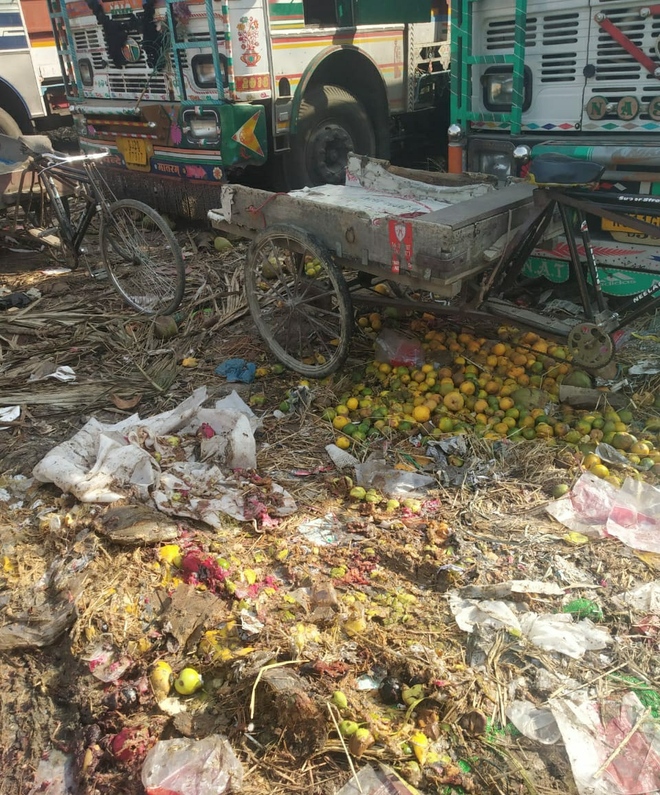 Many traders, their employees and labourers working at wholesale fruit and vegetable market in the Vallah area continue to suffer from dengue. Three employees of the market committee, managing mandi, are also in the grip of the mosquito-borne disease.

Arvinder Singh, president, Fruit Merchants Welfare Association, said nearly 30 per cent of people working in mandi were suffering from dengue. Despite supplying fresh fruit and vegetables to the entire city, the mandi did not figure in the priority list of the authorities concerned, he rued.

So far, fogging had been done in mandi only a few times, he added. “It’s not sufficient to contain the spread of dengue,” he said.

“Heaps of waste, generated from fresh farm produce, keeps rotting in the market. There are no arrangements for its prompt removal,” he added.

Kanwaljit Singh Pahwa, another wholesale trader, said tardy garbage lifting and pressing of insufficient equipment into service were taking a toll on the health of traders and their employees in the market.

He claimed that only a few tractor-trailers were deployed for lifting garbage in mandi. Heaps of garbage were generated daily from 650 tonnes of fresh farm produce reaching market regularly, he added.

There were 4,000 traders, their employees and labourers in mandi, he said. Besides, an equal number of floating population of farmers and customers visited the market, he added.

Gaya Ram, a migrant labourer, who returned to work after recovering from dengue, said his financial losses had doubled after he fell ill. His daily earning stopped for over a week, Gaya Ram added. He paid from his own pocket for his treatment, said Gaya Ram.

Despite repeated attempts market committee secretary Sukhdeep Singh could not be contacted for his comments on the issue. Even text messages sent to his phone did not yield any response.

Malwinder Singh Jaggi, Commissioner, Municipal Corporation, said the civic body would promptly carry out fogging at hotspots in the Vallah mandi as the matter had been brought to its notice. “I will instruct the staff concerned to do regular fogging in mandi. People working in the mandi should not allow fresh water to accumulate in their surroundings as dengue larvae germinate in it,” Jaggi added.