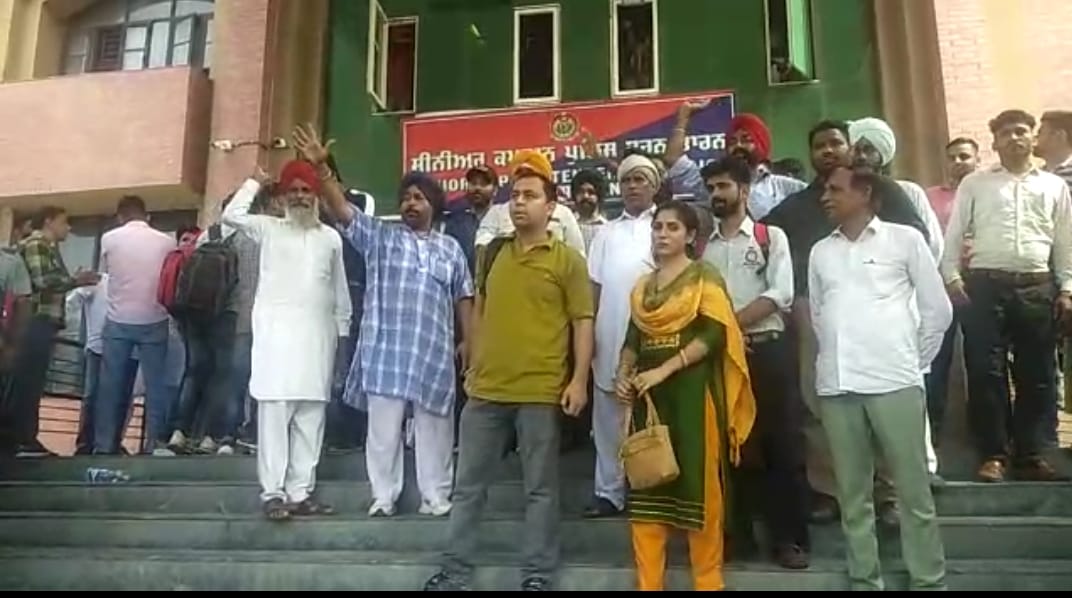 Members of the ETT Teachers' Union raise slogans against the state government in Tarn Taran on Sunday. Photo: Gurbaxpuri

Members of the ETT Teachers’ Union and candidates besides their family members on Sunday expressed their resentment by raising slogans against the state government and the Education Minister for undue delay in releasing their appointment letters.

The selected 873 ETT teachers were called by the Education Department here on Sunday to collect their appointment letters. Of them, 73 returned empty-handed. They reached the local District Administrative Complex (DAC) early in the morning. Many of them had come with their parents while the married ones with their husbands and kids.

Many aspirants had reached the venue in the morning and been waiting for their turn. After waiting for such a long time, leaders of the teachers’ union and the family members of the selected teachers started raising slogans against the state government and the Education Minister.

Meanwhile, the minister came and inaugurated the ceremony and the work of giving appointment order could be started after 5 pm.

Nachhattar Singh, district president of the Democratic Teachers’ Front, condemned the state government and the Education Department for giving the process a political colour. He said it was the departmental process and it was not a function to lay down the foundation stone of a development work.

He said it was pity that in such a hot and humid weather, there was no arrangement of drinking water and pregnant women had to face great hardships as there was no proper place for them to take rest.