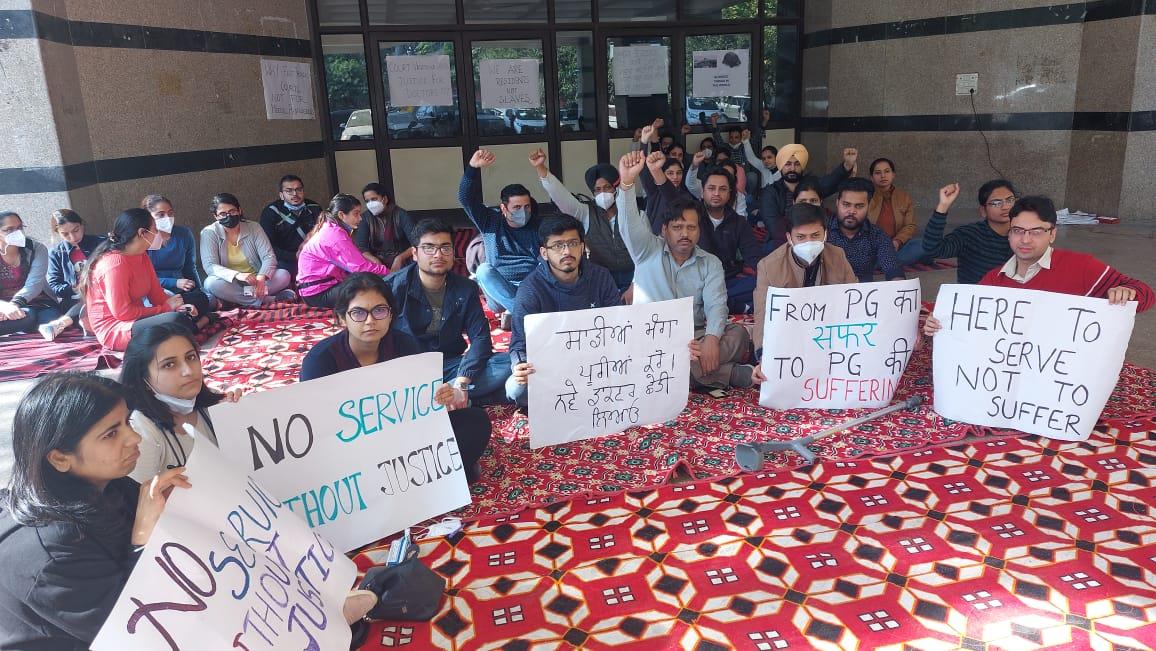 The protest by junior resident doctors-cum-postgraduate students at Government Medical College, who are demanding joining of the new batch of students, has nearly paralysed the medical services for the poor.

The Resident Doctors’ Association has already intensified the protest from two hours daily boycott of OPD initially to full day boycott of OPD and operation theatres for the last two days.

Though the national body of the resident doctors has already given a call for boycott of emergency services, too, the residents at GMC have still not taken a decision in this regard.

Sunita Devi, a resident of Kot Khalsa, said: “All private doctors charge over Rs300 as OPD fee per visit. Some of them charge around Rs750 per visit. The poor cannot afford them. We can only visit government hospitals, which charge Rs5 or Rs10 for OPD.” She said similar is the case with other charges for medical services. Even though the services at government hospitals are comparatively poor, the poor have no other option.

RDA president Dr Sahil Kondal said: “We do not want the poor patients to suffer. Our objective is to highlight our grievances so that these are resolved at the earliest.” He said Punjab Medical Education and Research Minister Raj Verka Verka has accepted their request for a meeting to discuss the issue on Sunday.

The JRs who would be having their final exams in the month of May next year said due to shortage of JRs, as the first batch has not joined yet, they were unable to devote time for their academics. The JRs would be having their midterm exams in the month of December. After that, they are required to submit their research thesis by the end of January.

A junior resident doctor said: “Around 200-225 students join as JR every year. So, at present we are short of this number. As a result, the remaining of us have to spend extra time at the OPD and operation theatres.” At GMC, the JRs hold the fort for senior faculty members, who are placed on-call and visit in case the junior residents or senior residents face a crisis.

While in the absence of junior residents, senior residents and faculty members are continuing with their OPD and other duties, but the protest has crippled the delivery of services for poor patients. The JRs demanded that the counselling of the next batch be held at their earliest, so that the workload on them is reduced.