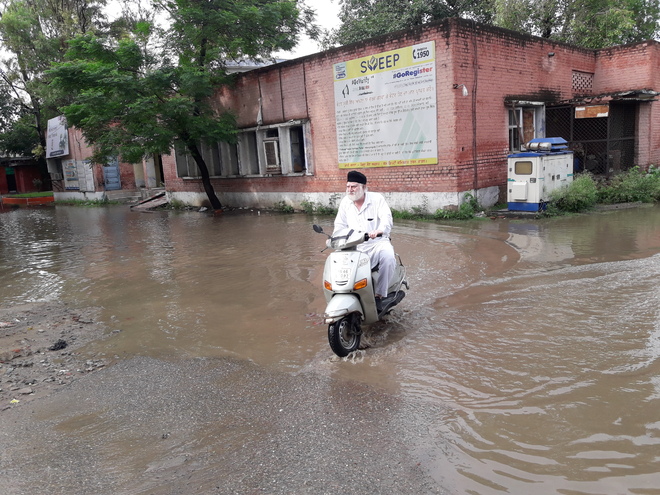 After rain lashed the district on Tuesday, faulty drainage system at the court complex caused inconvenience to visitors and employees, the entire day.

As the district witnessed heavy rain in the morning, rainwater accumulated at the court complex. However, situation was a bit better in colonies as rainwater was drained out.

Iqbal Singh, a document writer, who has been working at the complex since 1985, said as the road outside the court complex has higher level, water gets accumulated here.

He said it was a technical problem as the building was constructed in 1972 and nobody has cared to increase the level of the complex to date. He said rainwater would remain stagnant for almost a week.Sub-Divisional Magistrate Rajnish Arora said, “Storm water pipes are small in diameter. As a result, rainwater cannot discharge from the complex easily.” He said he has instructed officials of the municipal council to drain out rainwater immediately. He said officials concerned should make arrangements in advance to deal with such situations.